PUEBLO, Colo. (KRDO) -- The Department of Human Services is an agency that values the protection of privacy, but in Pueblo County, KRDO found that the system may have strayed into dangerous secrecy.

13 Investigates found consistent policy violations within the Pueblo County Department of Human Services in child death and abuse cases. The alleged culture of secrecy at Pueblo County DHS has eroded public trust and potentially left some of society's most vulnerable children without the advocate they deserve, and now even the county's district attorney is calling for change from DHS.

The cases that show systemic failures in DHS

Our team analyzed five Colorado Department of Human Services investigations of egregious child abuse and death cases in the Pueblo County DHS system from 2009 to 2017. In those five cases alone, the state found 24 times when Pueblo DHS failed to follow their own policies meant to protect vulnerable children from abuse. In multiple cases, state investigators noted systemic issues inside Pueblo DHS with some of the same violations by caseworkers happening year after year, including cases when children were killed.

July 2009: Pueblo police officers find 9-month-old Iyana Perez dead in a garbage can. The baby was killed by her cousin, Kevin Buehler. Buehler was convicted of Iyana's murder and sentenced to 32 years in prison.

A state report shows Pueblo DHS knew about possible physical abuse involving Iyana's siblings before her death. The Colorado Department of Human Services found Pueblo DHS "did not assure that all the necessary child protection investigations were completed."

Iyana's grandmother hasn't forgiven the agency for how it handled her case.

"I'm always going to be angry at that system. Because that system I believe failed my granddaughter," Snowie Buehler said.

October 2012: Pueblo DHS caseworkers were called to Parkview Medical Center and found a two-month-old baby with several bruises on her body as she was struggling to breathe.

A judge sentenced the mother's boyfriend, Bill Martinez, to eight years in prison for child abuse negligent cause of death.

The state found that Pueblo County caseworkers knew about abuse allegations involving children in that family in the months and even years leading up to the baby's death, but they did not properly investigate.

The Colorado DHS found two instances where caseworkers violated their own policies related to abuse or neglect allegations. It took Pueblo caseworkers two weeks to meet with the children who were suspected to be abuse victims.

August 2014: Foster child Chassie Pietrolungo was rushed to the hospital, and doctors found bruises and scratches all over her body. Chassie was also suffering from a bleed and swelling in her brain.

The 2-year-old girl died after being sedated and placed on a ventilator. Her foster parents, Sarah and Paul Finn, pleaded guilty to child abuse-negligent death charges.

The state found 12 errors by Pueblo DHS in Chassie's case. Caseworkers never individually interviewed the foster father even though it was required by county and state policy.

Among the dozen policy violations by Pueblo DHS, investigators also noted that the family risk assessment paperwork wasn't completed correctly. That paperwork is used to evaluate the safety of a home before placing a child in it.

State investigators noted twice that "accounting for the errors, the Risk Assessment score would have remained high."

If the form was filled out correctly, it may have prevented Chassie from being placed in the Finn's care.

September 2017: A nine-month-old weighing less than eight pounds was having trouble breathing. The baby was taken to Children's Hospital Colorado and survived.

When describing the child's severe malnutrition, a hospital social worker said it was "one of the worst conditions they had ever observed in the state of Colorado."

The state found Pueblo DHS caseworkers did not properly assess previous neglect or abuse allegations involving the family months and years before.

September 2020: 15-month-old Aiden Seeley was allegedly murdered and tortured after being in the Pueblo DHS foster care system for less than two months.

Foster mother Dacey Spinuzzi and her boyfriend Ramondo Jones have both been charged in connection with Aiden's killing and abuse.

The attorney representing Seeley's biological parents says the family is still trying to figure out why Pueblo DHS placed Aiden and three other foster children in a home with a documented history of domestic violence and abuse.

Seeley's story was profiled by 13 Investigates last week, but it's a case that is still being investigated in the county as Spinuzzi and Jones await trial.

"They're looking for answers right now, answers that don't seem to be forthcoming from the county. So they're very frustrated and that's just adding to the grief they're experiencing," attorney Richard Orona said.

After a dozen years of repeated violations, families who have lost children while in the system can't understand how this continues to go on.

"Somebody needs to be held accountable for this. Somebody has to answer for all this," Snowie Buehler said.

"This is an issue that can no longer lay in the shadows anymore in our community," attorney Richard Orona said. "And at some point, enough's enough."

Pueblo District Attorney Jeff Chostner says Pueblo DHS is unhelpful in the prosecution of foster parents and caregivers that abuse kids in the system.

"We have had difficulty during my tenure as District Attorney getting full and complete cooperation with DHS on very serious child abuse cases," Chostner said.

The DA says it's been an issue for years: Pueblo DHS has failed to give his office the crucial information it needs while seeking justice for kids who either died or were a victim of heinous abuse.

Chostner tells 13 Investigates there are issues with DHS' ability to channel information to its senior leadership, making it difficult for the District Attorney's office to get cooperation from DHS during the prosecution phase.

"I think it's a culture that has been very self-protective, more worried about protecting staff over there from complaints rather than assisting prosecution with asserting the rights of the victims," Chostner said.

The DA first noticed the issues in 2014 and has made complaints to the Child Advocacy Center and Pueblo County Sheriff's Office over the years. He says it has had a limited effect.

Chostner is hopeful new leadership inside DHS will mean a better partner agency to take on cases that involve abuse against vulnerable children.

"I look forward to having a change in leadership and a change in culture that is willing to work with my office so that we all can help protect children in Pueblo County much better than what we have," Chostner said.

Taking it to Hart

Three days after 13 Investigates asked DHS Director Tim Hart for a sit-down interview on systemic issues inside his agency, Hart abruptly resigned. Hart submitted his resignation letter 10 weeks ahead of his planned retirement.

“It was my full intention to provide ample opportunity for the Pueblo County to plan for my succession and for me to end my 23-year career in a positive manner. However, the circumstances have changed, and I now have decided that it is in my best interest, and I believe that of the County’s, that I modify my retirement date to May 19, 2021," Hart wrote in a resignation letter last Monday.

13 Investigates has been asking Pueblo County DHS questions about its system since October 2020.

We asked county leaders why Hart resigned early, but they declined to provide an answer, only saying it was a "closed personnel matter" and they have begun their search for a new full-time director.

Richard Orona, the attorney representing Aiden Seeley's family, says Hart's resignation may be the start of more accountability in a broken system.

"If Mr. Hart's resignation is a product of the self-reflection and the self-investigation, then we are hopeful that continues but it cannot end with that. From what we have observed, from what we have learned both in this case and in other cases, there is a systemic problem at DHS," Orona said.

"We can't acknowledge broadly any mistakes that have taken place or reference specific cases. What I can tell you is the nature of the work in the Department of Human Services is exceptionally challenging. There are a lot of policies, a lot of laws and regulations but not everything is always black and white," County Commission Chair Garrison Ortiz said.

"Pueblo County is dedicated to reviewing the management process that addresses concerns while also reforming the culture at the Department of Human Services. In part, this involves training staff on why the reforms are taking place while providing better results for the citizens and youth that we serve," Ortiz said.

Pueblo County said it now can ensure background checks will take place for all individuals involved in the foster care system that provided continued care and transportation to foster children. County leaders say they have identified best practices that are above state standards and are working to implement those reforms.

"We have utilization of supervision processes or family engagement processes for medical and mental health well-being review so that patterns of injuries or concerns can be readily identified," Ortiz said. "We also have SAFE study training and SAFE supervisor training for identified staff."

The county says it is also improving communications and cooperation of sharing of information between Pueblo DHS and the Sheriff's Office and District Attorney.

County leaders say the Board of Commissioners and county manager are always examining and enhancing processes to better serve Pueblo citizens when concerns are brought to their attention from officials or the community.

"I can say with confidence that we are getting better every day," Ortiz said.

If you have a story or lead you want our team to investigate, email us at 13Investigates@krdo.com. 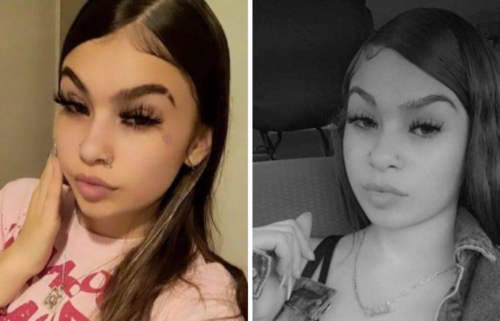 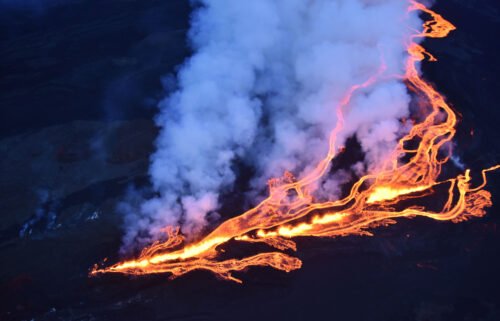