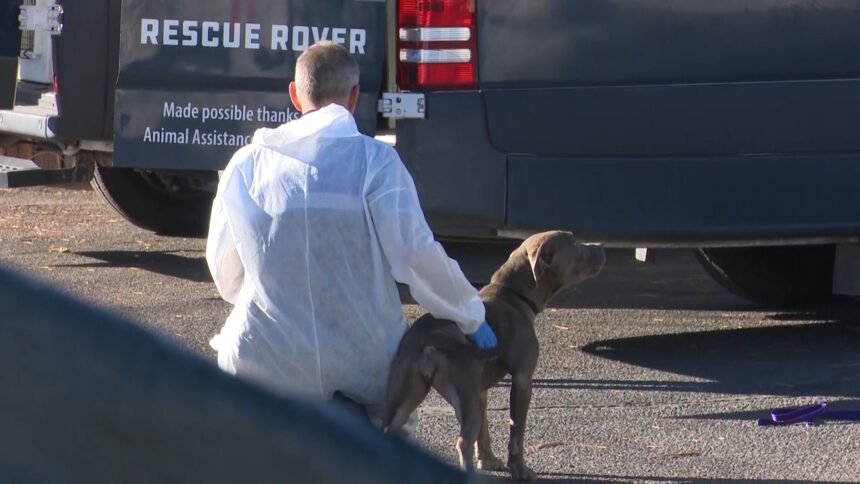 COLORADO SPRINGS, Colo. (KRDO) - New records obtained by 13 Investigates give further insight into the poor living conditions and health of several dogs at New Hope Rescue in Colorado Springs. The records show that it’s not just New Hope’s Director that is facing criminal charges -- a veterinarian is also facing animal cruelty charges and may still be practicing veterinary care in southern Colorado.

New Hope’s license was recently suspended by the Colorado Department of Agriculture, and 47 animals were seized from the premises on Thursday. The animals were transferred to a rescue in Denver at Roof's request.

According to arrest affidavits for Roof and Smith, five dogs were seen in poor or questionable condition. Of those five dogs, multiple were seen with their ribs and hip bones showing. One dog had a large open wound to the right side of its neck, and lacerations around its neck consistent with something being tied around the neck either too tight or possibly for too long. A third dog was incessantly coughing, and animal law enforcement feared the animal would vomit.

Animal Law Enforcement discovered two dogs locked inside of a shed behind the animal rescue with piles of feces throughout the animals' living area.

When asked why he was allowing a dog that had tested positive for distemper to be in housed in the same shed as another dog who had not yet been confirmed positive for the virus, New Hope’s vet told animal law enforcement he did not believe in distemper tests and that he doesn’t even order them.

In the reports, doctors with the Humane Society of the Pikes Peak Region say none of the dogs mentioned in the report received adequate care while at New Hope Rescue.

Vets with HSPPR say that a number of dogs were being treated for upper-respiratory symptoms with medications. However, nothing in New Hope Rescue’s records indicated that a vet was following up to ensure the animal was responding to the medications. In some of the cases, the animal’s health had been declining.