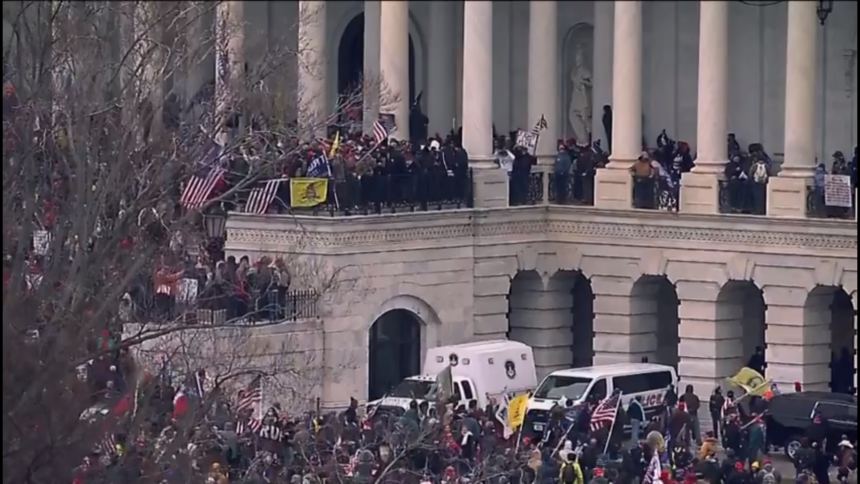 COLORADO SPRINGS, Colo. (KRDO) - A man who graduated from the U.S. Air Force Academy was arrested Monday as one of the rioters who allegedly stormed the Capitol Wednesday during a protest claiming election fraud.

Larry Rendall Brock Jr., 53 graduated from the Air Force Academy in 1989. He was arrested Monday in Texas and charged with unlawful, violent entry and disorderly conduct on Capitol grounds according to an affidavit obtained by KRDO.

Investigators say they received a photo of Brock inside the Senate Chamber from a witness, and Brock's ex-wife identified him in another picture online.

A report published by the New Yorker Magazine Saturday says Brock confirmed he is the man in several photos holding "flex-cuffs," also known as zip tie handcuffs. The report says Brock explained he went to the Capitol to peacefully protest, thought they were allowed inside, and regrets picking up the handcuffs. Brock reportedly told the Magazine he picked up the zip ties with the intent to give them to a police officer, then put them in his pocket, and forgot about them. He also claimed he saw no violence, according to the report.

The Air Force Academy released the following statement to KRDO Monday: "This individual is no longer serving in the Air Force Reserve. He retired in 2014. As a private citizen, the Air Force no longer has jurisdiction over him."