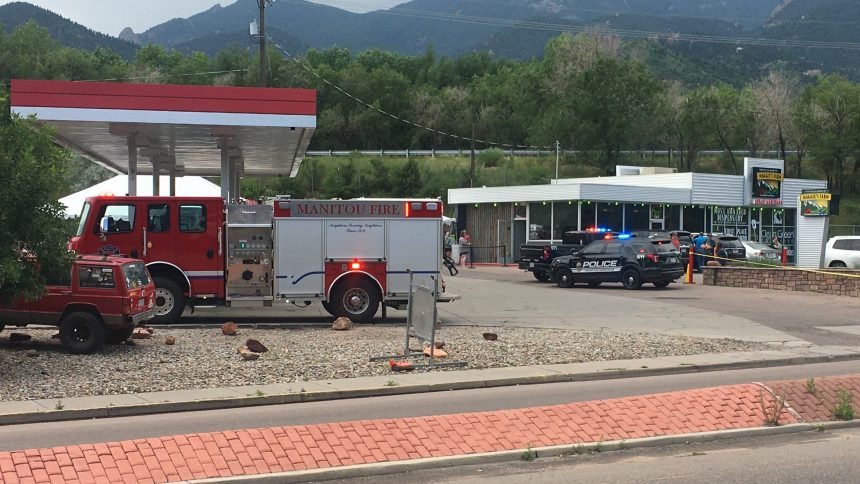 The El Paso County Sheriff's Office is investigating a child’s death that occurred Tuesday at Maggie's Farm, a marijuana dispensary in Manitou Springs.

Few details have been released, but police set up crime scene tape around an area near the parking lot of the dispensary. The Sheriff's Office says there's no known danger to the public.

The cause of the child’s death hasn’t been released, but more than one witness told KRDO they heard a gunshot from the parking lot. One witness said she heard a woman screaming and saw two boys in a car, but one of them was bleeding.

It’s not clear if anybody has been taken into custody, but the sheriff's office says the investigation is still active.

While the crime scene was set up, Maggie's Farm continued business with customers lining up just feet away.

We have a crew working on getting more information. Check back for updates.