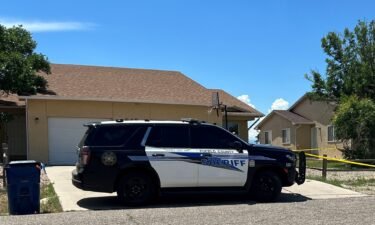 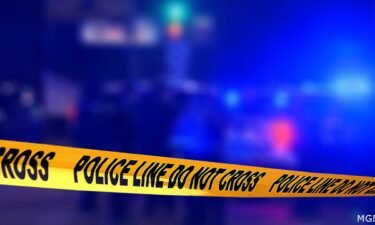 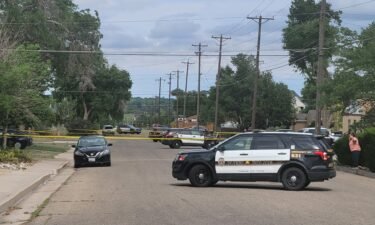 SAGUACHE COUNTY, Colo. (KRDO) -- Alyssa Castanuella, a mother of two children in the small, San Luis Valley town of Center, is recovering tonight after being stabbed in the throat multiple times Wednesday morning.

According to Center Police, Shianne Silva is facing a first-degree felony assault charge. Arrest documents obtained by 13 Investigates detail how Silva was the ex-girlfriend of Castanuella's boyfriend, and an argument ensued around 7:30 a.m. on Wednesday.

Court documents say Castanuella told police she was "suddenly struck through the vehicle window by Shianne."

A neighbor nearby, Jessica Barbosa, told Center police Silva attempted to "swipe" at her when she attempted to pull her away from Castanuella as she was bleeding profusely from her neck.

Saturday, 13 Investigates spoke with Barbosa, who recalled the events on Wednesday morning.

"I heard yelling behind me. When I turned around, I heard 'I am going to destroy your relationship. You'll never be around my daughter again," Barbosa said.

Barbosa told 13 Investigates she never expected Silva to lash out and strike Castanuella, until seconds later Silva allegedly stabbed her with her keys multiple times in the neck.

"She went for her neck first. She was pounding her," Barbosa said.

When Center Police responded, Castanuella was transported to Rio Grande Hospital, according to court documents. There, they believed her jugular vein had been nicked in the incident, and Castanuella was flown to Memorial Central Hospital in Colorado Springs.

Later that day, Center Police Chief Dale Meek responded to E 2nd Street to reports that Silva was located at a residence there. Meek asked Silva what occurred that morning, and Silva stated she did not want Castanuella around her daughter and that she was making derogatory statements towards her, according to arrest documents.

Silva told Meek she was "defending herself" when she struck Castanuella with her left hand. She said she did not mean to cut Castanuella or have the keys in her hand.

Meek arrested Silva for felony assault charges at the residence. Silva was booked in the Saguache County Jail, and was given a $25,000 bond. She was then released from jail after posting bail.

"I don't feel that you should be able to do that to an individual because we could be planning a funeral right now. We really could," Barbosa said. "That's the reality of the situation. It wasn't just a girl fight. It wasn't just over a guy. This was so much more and then on top of it, she could have taken out our children too."

The arrest affidavit details how Barbosa told Center Police that Silva "nearly struck the children and Alyssa" when she drove away hastily.

"My child will not even stay in Center. She has been staying with my mom because she will not even be in the town," Barbosa said. "She is so afraid that Shianne is going to come back and hurt all of us."

Barbosa and the Castanuella family are frustrated that Silva was given a PR bond and was released from the jail the same day as the incident.

"She was out before Alyssa was even off the operating table. She could have died," Barbosa said.

Family and friends are calling for the assault charges to be upgraded to attempted murder charges, a punishment, they say, fits the crime.

"My whole thing is the severity of it. It's not just a girl fight," Barbosa said.

The Center Police Chief told 13 Investigates the charges have been filed, but the investigation is ongoing. In a statement Meek said:

"The appropriate charge was Assault in the First Degree based upon the probable cause existing at the time. Please keep in mind that the investigation did not conclude with the arrest and further developments have occurred since that time such as the victim’s full extend of injuries. There are other factors I can not release because of the need to collect further evidence." - Dale Meek

He added that his initial affidavit goes to the District Attorney who actually files the charges. Meek said:

"The family is upset about the initial charges and I understand but based upon the evidence at the time of contact with the suspect, this is the most appropriate charge. The investigation does not end there, is ongoing so I can not list more information and the final determination of charges brought into the court comes from the District Attorney." - Dale Meek