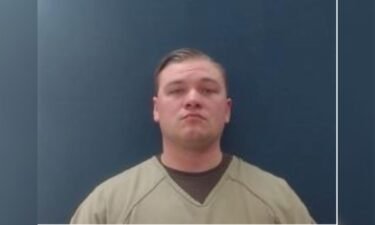 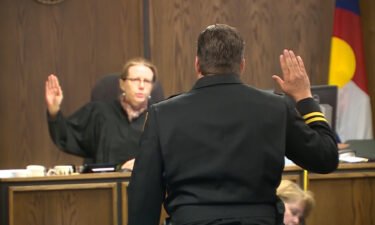 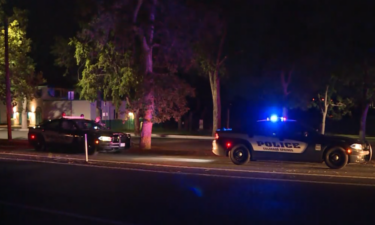 COLORADO SPRINGS, Colo. (KRDO) -- A Colorado Springs woman is charged with the death of a high school girl who died from a fentanyl overdose while in class.

The affidavit says Wilkins sold fentanyl in pill form to two juvenile girls, identified as Juvenile 2 and Juvenile 3, on December 2, 2021.

On December 3, 2021, the teens shared the pills with Juvenile 1, who consumed some of the fentanyl in a bathroom at Mitchell High School.

The affidavit goes on to say Juvenile 1, born in 2006, appeared to have overdosed during class. At the end of class, a teacher activated emergency medical services after Juvenile 1 was seen foaming at the mouth and was unresponsive. Emergency Medical Services and the Colorado Springs Police Department arrived and tried life-saving measures.

Juvenile 1 was taken to a local hospital, where she was later declared dead.

According to court documents, the El Paso County Coroner's Office performed an autopsy on Juvenile 1, determining the cause of death was "fentanyl intoxication."

Following the teen's death, the affidavit says Wilkins pled guilty to child abuse/negligence in a separate case on December 8, 2021, and was sentenced to 12 months probation.

Before this conviction, court documents show Wilkins had been on probation for theft three times since 2016. Her probation was revoked in all incidents.

According to the U.S. Drug Enforcement Administration, fentanyl is roughly 100 times more potent than morphine.

According to witness reports taken by CSPD, a juvenile witness said Juvenile 1 uses "percs," a nickname derived from brand name Percocet oxycodone tablets, and obtained "percs" from Juvenile 3. A witness also told CSPD they believed the supplier of the Percocet was an older, black woman who came to Mitchell High School.

The affidavit also included statements from Juvenile 3, whose statements were not consistent with information obtained by police in the investigation. Juvenile 3 claims she was in a school bathroom on Dec. 3, 2021, with Juvenile 1 and Juvenile 2. She said while Juvenile 2 had pressured her to use Percocet in the past, she told police she did not use any at the school that day but did hear "snorting" sounds coming from a bathroom stall where Juvenile 1 and Juvenile 2 were.

According to the documents, Juvenile 3 said Juvenile 2 was trying to blame her for Juvenile 1's death.

Juvenile 2's statements given to police on Dec. 3 were also included in the affidavit. According to the court documents, Juvenile 2 said she, Juvenile 3, and Juvenile 1 used Percocet in the bathroom that morning. Juvenile 2 said the drugs hurt Juvenile 3's stomach and she called her mom and eventually went to the hospital.

In an interview with a child forensic interviewer on Jan. 14, 2022, Juvenile 2 admitted she had a history of substance abuse, including methamphetamine, Percocet, cocaine, alcohol, and nicotine products.

In the affidavit, during that interview, Juvenile 2 stated she had been purchasing nicotine and "percs" from an individual she knew as "Lexi."

According to court documents, Wilkins is known by the aliases "Lex" and "Lexii."

The court documents say Juvenile 2 told investigators she and Juvenile 3 met Lexi at the Citadel Mall and bought two blue pills. Juvenile 2 said the pills looked "different and were a lighter blue color" than normal.

The affidavit says following Juvenile 1's death, Juvenile 2 sent a Facebook message to Lexi saying the pills she bought from her caused her friend to die. Juvenile 2 said Lexi did not respond to the message.

The court documents go on to include a search warrant and search of a Facebook account believed to be Wilkins'. In that search, investigators found Wilkins was a member of several Facebook groups centered around drug distribution. The affidavit also says there were hundreds of photographs and posts that display illegal drugs, including pills, methamphetamine, cocaine, Xanax, and marijuana.

In the court documents, the FBI special agent states they believe Wilkins was knowingly selling fentanyl pills, as opposed to genuine prescription opioids.

According to court documents, police and special agents seized more than 100 blue pills marked with "M" and "30" and more than $7,000.

The affidavit says Wilkins was arrested on March 15, and she was taken to the CSPD Police Operations Center (POC). There, the affidavit says Wilkins stated she was unemployed but had been selling fentanyl pills for six months. She went on to say she was unsure if all her pills contained just fentanyl, a mix of Percocet and fentanyl, or just Percocet.

According to court documents, Wilkins was charged with the Distribution of a Mixture or Substance Containing a Detectable Amount of Fentanyl, a Schedule II Controlled Substance, Resulting in Death.

She faces life imprisonment, if convicted.