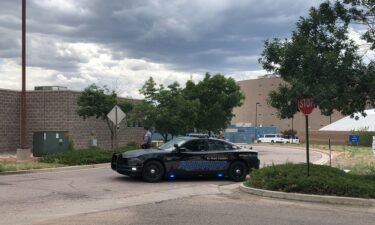 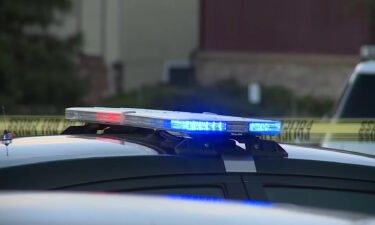 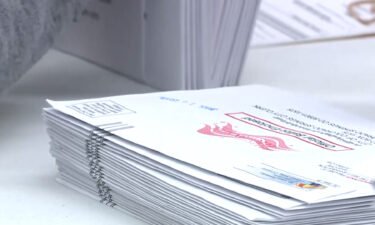 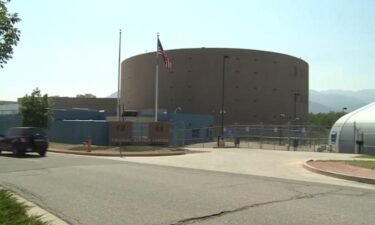 PUEBLO, Colo. (KRDO) - 13 Investigates has learned Pueblo's newly appointed acting police chief was under investigation for allegations of racial discrimination and intimidation of his own officers just weeks before the announcement he would lead the Pueblo Police Department.

'...difficult to work with ... having a temper ... treating individuals differently than others"

Documents obtained by 13 Investigates show that from 2018 to 2020, ten complaints were filed by Pueblo police officers against then-Deputy Chief Noeller.

Noeller is set to become the acting police chief for Pueblo PD on Friday after Pueblo Mayor Nick Gradisar appointed him on April 23. Chief Troy Davenport is retiring on April 30.

The report noted "numerous examples of Deputy Chief Noeller being difficult to work with, having a temper that is not productive in the workplace, and treating various individuals differently than others, and in many cases treating them poorly," according to the executive summary.

The law firm's investigation noted, "Deputy Chief Noeller's supervision and leadership style is, at a minimum, divisive." The report adds, “The reference by Police Department employees to Deputy Chief Noeller's temper and intensity was a consistent theme in my discussions with interviewees.”

The report concluded there is no evidence of federal civil rights violations or actionable discrimination claims caused by Deputy Chief Noeller’s conduct.

However, investigators did find Noeller's conduct violated the City of Pueblo Employee Handbook of General Regulations and the Pueblo Police Department Policy Manual.

Despite the violations noted, the report does say "no complainant provided me with evidence of adverse employment action within the meaning of applicable law with a causal connection to Deputy Chief Noeller's conduct."

But that wasn't the only investigation that took place amid complaints against Noeller.

The investigation summary says Police Chief Davenport conducted his own internal investigation into some of the complaints made against Noeller back in 2019. 13 Investigates requested those records but were denied access. The city says the issues were considered personnel matters, which are not subject to public record.

The April investigation into Noeller was conducted at the request of Pueblo Mayor Nick Gradisar, according to the executive summary.

13 Investigates also filed a Colorado Open Records Act (CORA) request for the full 110-page investigative report by the law firm, but we were again denied access to those records by the city of Pueblo.

The city claims in its denial that the matter is "purely internal" and would be contrary to public interest. The denial also says the release of the documents would dissuade future individuals from coming forward with complaints. 13 Investigates responded to that denial requesting a redacted version of the report to conceal the identities of those who filed the complaints. The city also denied the request for a redacted copy late Thursday evening.

Noeller's response, and what the disciplinary records show:

Deputy Chief Noeller declined our request for an interview. However, he did provide 13 Investigates with this statement:

Regarding your request for an interview about the HR complaint filed against me, I am declining an interview because many facets of the complaint revolve around personnel matters which due to my position, I do not have the same liberty to speak on as those who have brought this information to your attention.

I have honorably served the citizens of Pueblo and the Officers of the Pueblo Police Department for 25 years. I have been in a supervisory capacity since May of 2011. These complaints began in the past three years. I absolutely acknowledge that I have made mistakes as a leader and I own those mistakes. I wish I could go back in time and do things differently, but I cannot. Instead, I understand I am responsible for my actions, and I have an obligation to both the officers who work in our department and the citizens of Pueblo to continue to grow as a leader. While I work toward becoming the best leader I can, it is worth noting that I am in a position where our community and our organization expects me to hold officers accountable at time.

In a response to 13 Investigates' request for Noeller's disciplinary records, PPD Capt. James Martin says disciplinary records are part of department personnel files and not subject to disclosure under CORA. However, the city and Noeller agreed to waive this exemption for the request.

Based on disciplinary records provided in response to our request, it doesn't appear Noeller was reprimanded for any of the officers' complaints.

The only disciplinary records the Pueblo Police Department provided 13 Investigates are related to when Noeller was reprimanded for police vehicle traffic accidents in 2008 and 2010.

Noeller's performance reviews since 2004 all show he met or exceeded expectations regarding the category of work relationships and cooperation with other officers and staff. In Noeller's 2017 performance evaluation, outgoing chief Davenport stated Noeller has a direct and straightforward communication style and personality.

"He has made himself aware of the fact that others have a level of difficulty with his direct style and has made appropriate adjustments," wrote Davenport. "I am genuinely impressed with him in terms of his consistent self-evaluation and growth in this area."

In a press release last week, Pueblo Mayor Nick Gradisar said he is "confident this appointment will allow for a smooth transition as we begin the search for a New Chief of Police." This came just one week after the mayor's office received the summary of the investigation, finding Noeller's leadership style to be "at a minimum divisive."

13 Investigates reached out to the Pueblo Mayor multiple times for comment on the investigation into Noeller. On Thursday, the Mayor's office told us he is out of town and not available for an interview. His office did send this statement from him:

My appointment of Deputy Chief Noeller to Acting Chief of Police was made after a personnel investigation, interviews with several candidates for the position, and with the endorsement of the Chief of Police, Troy Davenport. Before naming Acting Chief, I spoke with external and internal law enforcement officials. I balanced the findings of the investigation with the review of Deputy Chief Noeller’s career and personnel file which includes a strong track record of exemplary performance and countless commendations for his police work in our community over the past 25 years.

Chief Davenport conducted an internal investigation in 2019 which found no violations of federal or state law. Minor policy violations were addressed appropriately. In January 2021, at the recommendation of Human Resources, Legal, and Chief Davenport with my concurrence, the law firm Hoffman, Parker, Wilson, & Carberry, P.C. was hired by the City to conduct an external investigation into a new complaint and to review the past complaints and investigation. The claims of retaliation, race discrimination, and bullying were found to be baseless. To date, the City has paid $14,033 to Hoffman, Parker, Wilson, & Carberry, P.C. for the investigation.

I firmly believe there is no place in the force for behavior that does not align with values of the Pueblo Police Department."

Were Pueblo City Council members in the dark?

"The first time that I've seen any of the information is when it was sent to me by email through your news station," Pueblo councilman Mark Aliff said.

Aliff and councilwoman Lori Winner both say the mayor has full discretion over who is appointed as acting police chief. Council members say the mayor never came to them to authorize payment to the law firm that conducted the investigation. However, it's unclear if the mayor is required to do so under Pueblo city law.

"The charter clearly states the mayor's office has total control over personnel. There is no reason for him to share any internal investigations with city council," Aliff explained.

However, Winner believes the mayor should have been more transparent in this situation based on the allegations against Noeller.

"Communication is key on what's going on in the city. From the Parks Department to who is going to be the next police chief," Winner said. "We need to know what's going on."

It's unclear when the city plans to start its official search for a full-time police chief. Council members say they will vote on the candidate that is put forth by the mayor when that time comes.

But for now, Winner says her concerns are with the officers who filed complaints and how the department will operate under Noeller.

Winner said: "It's very unsettling. Whenever you have a leader that is divisive, nothing works."