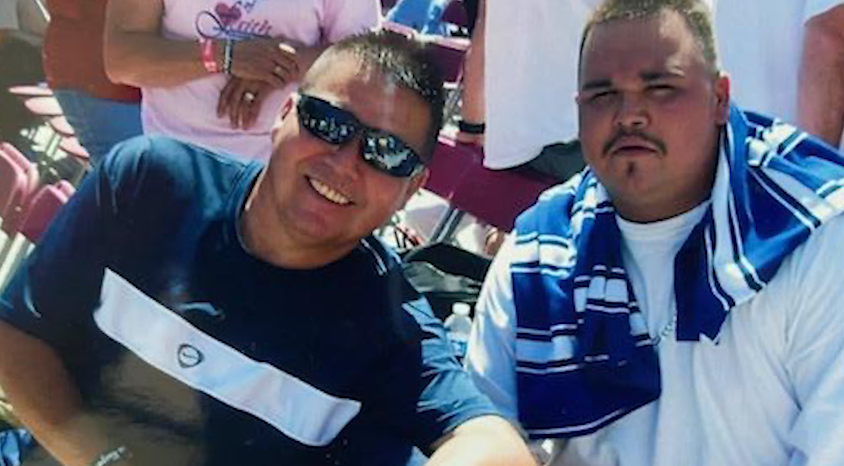 PUEBLO, Colo. (KRDO) -- The father of a Pueblo double homicide victim is remembering his son as investigators search for another person possibly connected to the murders.

Pueblo Police officers found Jesus "Jesse" Antonio Gutierrez, 36, and Andonia Marie Bouzos, 38, dead from gunshot wounds at a home on Pueblo's east side on June 20. It's unclear when Gutierrez and Bouzos died.

A juvenile has been arrested for the deaths, and Pueblo PD has largely been quiet about the case because of the suspect's age.

KRDO requested all documents related to the deaths from the Pueblo County clerk.

The case is not under seal; however, the clerk says they will not release any documents because a juvenile is involved. Investigators have confirmed the suspect and victims knew each other, but did not elaborate.

Tom Gutierrez found out his son was murdered on Father's Day. He drove from Texas and arrived in Pueblo on Tuesday.

"I want them to know that Jesse was a good guy," Tom said. "I mean, anyone who knows my son, knows that when he would walk into a room, they would smile. He just had a gift of bringing a smile to people."

Tom is a pastor in Waco, Texas. He lived in Pueblo for more than two decades. He cautions parents not to turn a blind eye to what their children are doing.

Tom told KRDO he doesn't know much about the details surrounding Jesse's death.

"I was told the wrong place at the wrong time. That's all they're saying," Tom explained.

The grieving father is hopeful his son's untimely death is a wake-up call for parents. He believes anyone's son or daughter could fall victim to violent crime unexpectedly.

"We need to gather together and don't be quiet. Not talking about what's happening down the street is getting old," Tom said. "We need to back law enforcement for one thing. People don't want them until they need them."

As Tom holds on to memories of Jesse's life, he reflects on the last time he saw his son two weeks ago in Pueblo.

The family is planning a balloon release service in Pueblo Thursday night. They invite everyone to come to the Riverwalk in downtown to celebrate Jesse's life.