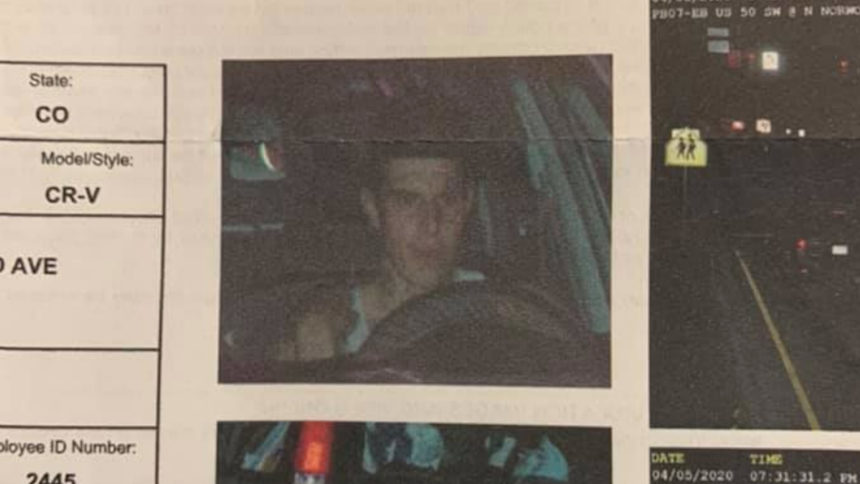 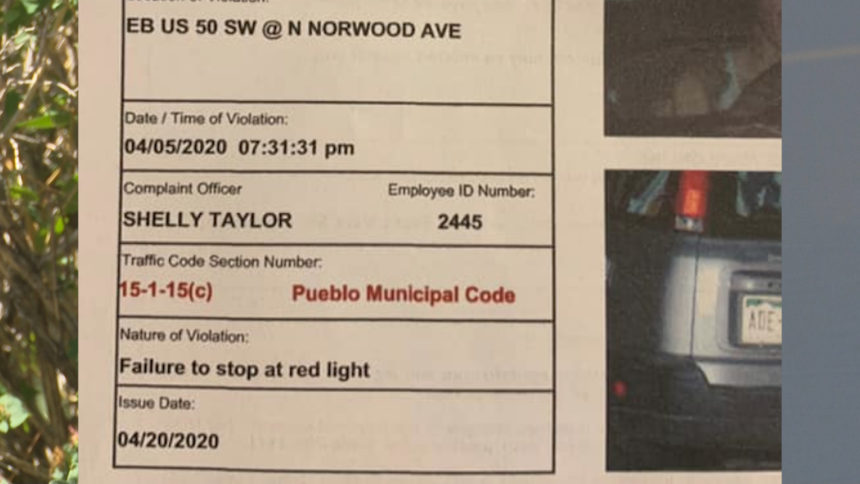 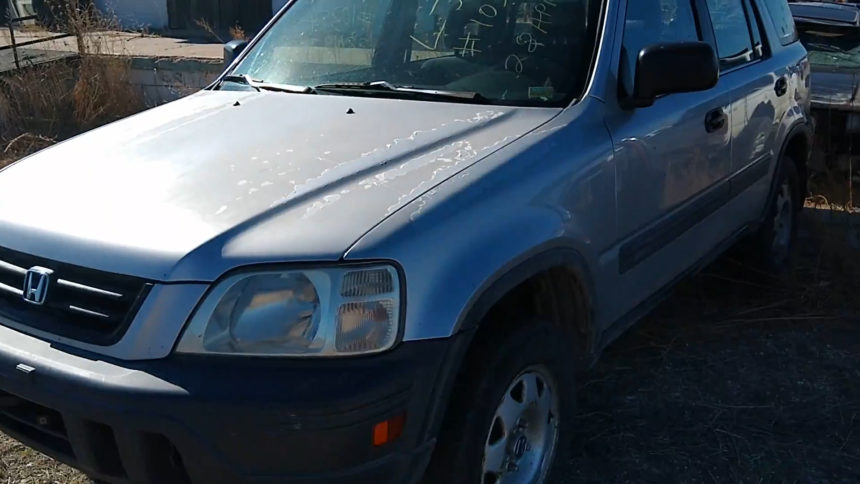 Smile! You're on camera, driving a stolen car.

That was the reality for a suspected car thief who was also picked up on a red light camera.

After a Colorado Springs woman's car was stolen in early April, she received a ticket in the mail from the Pueblo Police Department. The ticket was for driving through a red light. However, on the ticket was a photo of the alleged thief driving eastbound on Highway 50 across the intersection with Norwood Avenue.

When Caelyn Spiegel, the owner of the stolen 2000 Honda CR-V, got the ticket in the mail there was hope, but anger as well.

“He’s got a big smile on his face like he’s getting away,” said Spiegel.

Back on April 1, Spiegel discovered her vehicle disappeared from the front of her house. She immediately reported it missing to Colorado Springs Police.

“What they told me is they would keep an eye out for it," said Spiegel. "There is nothing they could do at that point not having any evidence or any cameras.”

A couple of weeks later, they’d get that camera evidence. The red light ticket arrived in Spiegel's mailbox, with a clear image of the driver.

“I just don’t understand what would put someone in that position, and take someone’s car they obviously spent a lot of money on," said Spiegel. "To see the look on his face that he was really happy and excited to do something like this and hurt other people is really sad.”

The car was recovered on May 12 by La Junta Police Department after it was abandoned on the side of a road. However, it was severely damaged, the windshield was cracked, the battery was dead, and the ignition severely damaged by the screwdriver used to start the vehicle. The vehicle is currently sitting in a La Junta car lot.

“I don’t think I’ll be able to go there," said Spiegel. "I’m going to have to find a mechanic there to fix everything and drive it back.”

The costs don't stop there. Spiegel says the tow will cost her around $200 dollars, not to mention the car lot fees ($30 per day).

As for the man behind the wheel, Colorado Springs Police have not identified a person of interest in the case at this time, and no arrest has been made. If you have any information in regards to this case you are encouraged to contact CSPD.

As for Spiegel, the red light ticket was dismissed by Pueblo Police.