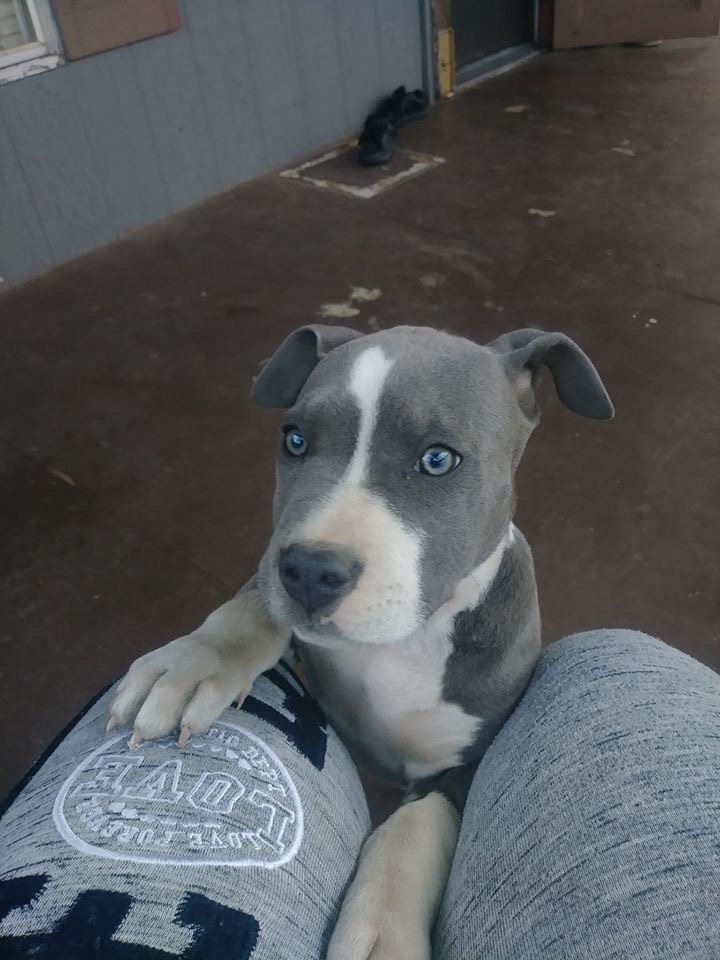 COLORADO SPRINGS, Colo. (KRDO) -- A 12-week-old pitbull puppy is back home with his family after being taken from right in front of his home.

After days of searching and filing police reports, Brandy Trejo took matters into her own hands to find Junior, the puppy.

"I would do anything to get my dog back," Trejo told KRDO's Dani Fried.

Trejo and her family were heartbroken to find Junior had escaped from the backyard after being let out on Sunday morning.

After searching for hours, they learned from a neighbor that Junior didn't just run away.

"These two men pulled up and said 'hey that's my neighbor's dog,' and pretty much just snatched him and took off," said Trejo.

She and her husband then realized a neighbor had cameras that may have caught the dognappers.

The security footage showed two vehicles stopped right at the intersection in front of her home. The license plate number was clear in the video, along with Junior being loaded into the car.

"I called a private investigator to find my dog and sure enough I found the address all the way in Falcon," said Trejo.

With the police on the phone, Trejo confronted the thieves herself.

"I went and knocked on the door and showed them a flyer. I said, 'Hey have you seen my dog because I heard from someone in your neighborhood that you got a new dog that looks just like mine.' She said they did have him. They said they were planning on dropping him back off after the storm. But if you were going to do that, why would you buy him a new collar and new bowls? They were not planning on giving him back," said Trejo.

Police told KRDO that citizens are urged to leave it up to officers when it comes to lost or stolen pets. But this was a positive outcome thanks to a neighbor's security system.