After more than a decade chasing news across the country, Heather is happy to be back in her home state anchoring the 5:00, 6:00, and 10:00 p.m. weekday newscasts at KRDO NewsChannel 13. Having grown up on the plains of Colorado, landing the job here was a welcome homecoming, she says.

Her news career took her to Wheaton, IL, Grand Junction, CO and Boise, ID. She has covered unforgettable national tragedies: the 9-11 Attacks, the Waldo Canyon Fire, Black Forest Fire, and the Aurora Theater Shootings. She's also had the privilege of celebrating with breast cancer survivors, riding in a B-17 bomber with a WWII veteran, training with firefighters for agility competitions, and field anchoring the Presidential Debates and National Political Conventions. She says the most rewarding part of her job is listening to the people she meets.

"Telling your story with accuracy and integrity matters," she says.

A graduate of Wheaton College, with a double major in Journalism and Music, she also spent time studying in Los Angeles at the World Journalism Institute, where she was honored as a Fellow.

Giving back to the community is a priority of hers. She's served as the emcee for the Susan G. Komen Race for the Cure (in Idaho and now in Colorado Springs), the Pikes Peak Region Fallen Peace Officers, March of Dimes, and the Children's Miracle Network. She also recently finished her first half marathon. 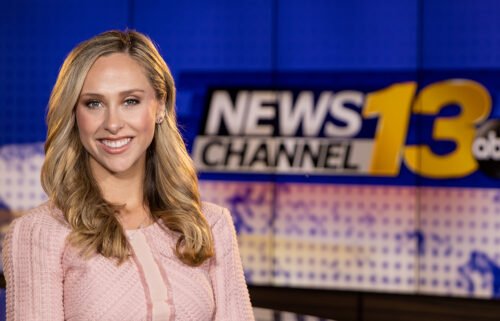