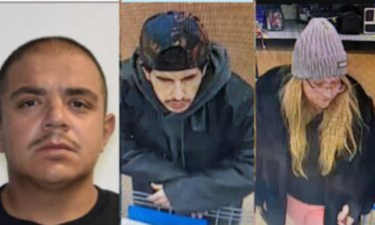 At around 11 p.m., Manitou Springs police and El Paso County Sheriff's deputies received a call about an incident at a business in the 900 block of Manitou Ave.

Police say a person with a firearm started threatening others nearby.

As a result, police reported at least one Manitou Springs police officer and another El Paso County Sheriff's deputy fired shots from their duty weapon, hitting the suspect.

The suspect died at the scene.

The K9 from the El Paso County Sheriff's Office was shot and killed in the incident. Police say the K9's handler was not injured.

No other deputies or police were injured in the incident.

The Colorado Springs Police Department is the lead investigative agency for this officer-involved shooting.

This is an ongoing investigation.

This is a developing story, please check back for more updates.