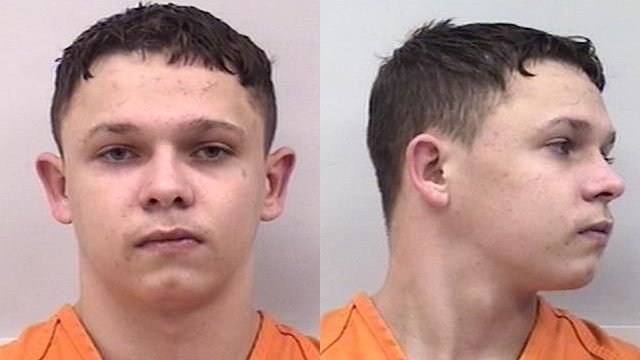 Police say a man stole a utility truck from an Autozone store in Fountain, but he couldn't control the crane on the back and ended up flinging it into a school bus with 17 kids inside.

It happened at about 8:20 a.m. Thursday and started at 100 Plaza Drive. According to Fountain police, the utility truck was being driven by Sean Johnson, 21. At some point, the crane portion "swung out of control" and hit the bus.

Nobody was injured during the crash, but police say Johnson fled and then ditched the stolen truck near Alegre Circle and Highway 85. Johnson was found in a wooded are nearby and taken into custody after a short chase, according to Fountain police.

Police say the incident is still under investigation.