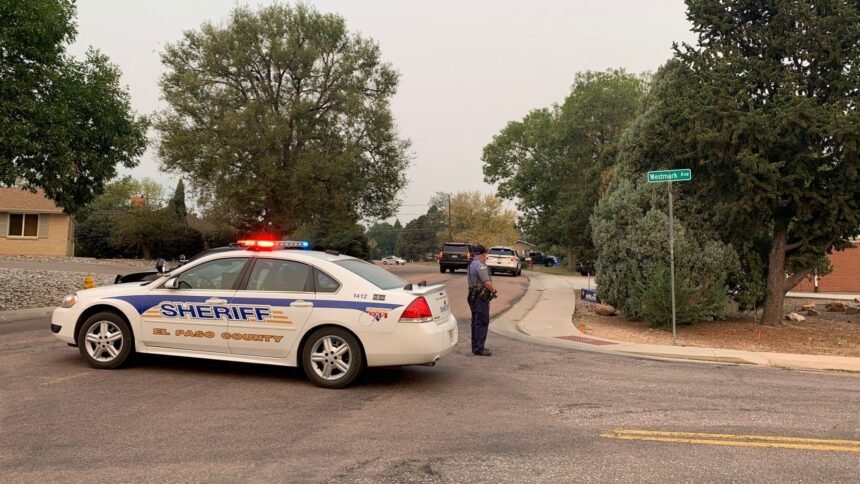 UPDATE: Deputies have identified the suspect as 33-year-old Zachary Joseph Brockmann. He is described as a white male, about 6'1" tall with brown hair and brown eyes. The mug shot is from approximately two years ago, according to the sheriff's office.

If you see him, do not approach the suspect or make contact. He is considered armed and dangerous. If you have any information on the whereabouts of Brockmann or any information related to this incident, you are asked to please contact our Communications Center at 719-390-5555 or the Investigations Tip Line at 719-520-6666.

EL PASO COUNTY, Colo. — The El Paso County Sheriff’s Office is responding to a shooting on Crestridge Avenue near Westmark Avenue in the Stratmoor Hills neighborhood.

Officials tell KRDO that the call came in around 4:15 a.m. Wednesday. When deputies arrived they found the victim with a single gunshot wound. The Sheriff's Office says deputies performed life-saving measures on the victim, who was then taken to the hospital with non-life threatening injuries.

At this time investigators say this is an isolated incident and that there is no threat to the public. They are currently not releasing any more information on a suspect, and are speaking to witnesses and seeking doorbell cameras.

We have a crew on the scene and will update this story when more information is available.