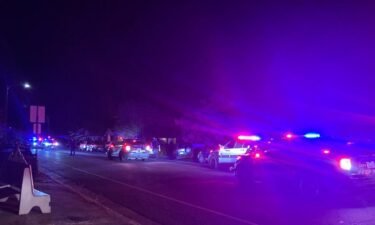 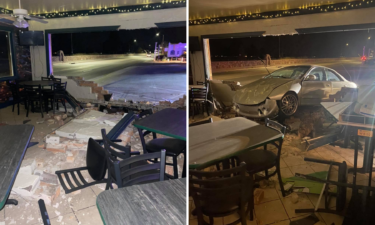 PUEBLO, Colo. (KRDO) -- Police are looking for two men involved in an armed robbery on the northside of Pueblo.

On October 4, at 4:56 p.m., officers were dispatched to Ross on reports of an armed robbery. According to police, two men dressed in dark clothing and face coverings entered the store and robbed the clerks at gunpoint.

In a video shared by the Pueblo Police Department, the men are seen parking and entering the store. Once inside, one suspect points a gun at the clerk while the other suspect opens a bag and begins taking money from the cash register.

The suspect with the gun proceeds to open another bag and takes money from a separate cash register. After taking an untold amount of money, the suspects run back outside and drive off.

The suspects drove a small truck, possibly a Ford Ranger. Police say the driver's side of the truck is red the passenger side and tailgate are green.

Watch the full video below: