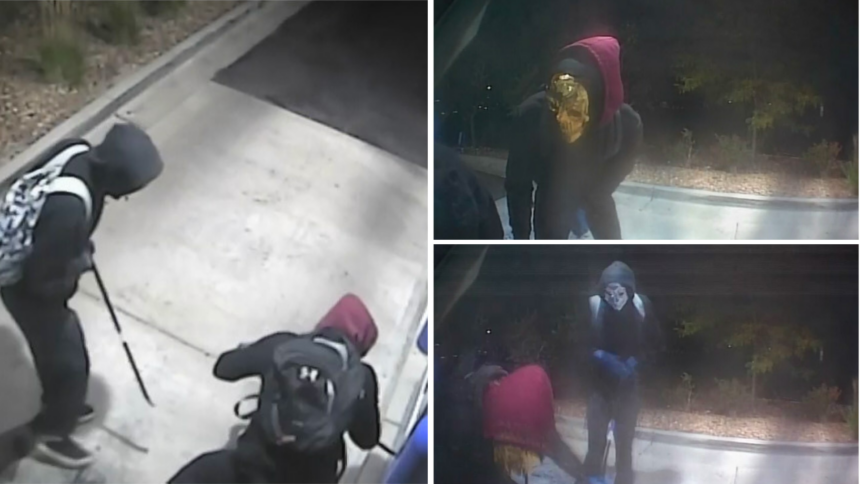 COLORADO SPRINGS, Colo. (KRDO) -- It was shortly after 2 p.m. on September 23 when a silver sedan was captured pulling up to a home near Oro Blanco and Barnes. Shortly after, a male suspect --a smoker who has a tattoo on his right shoulder-- was seen casually walking up to the front porch, and picking up two large boxes.

He loaded them into the car, and his accomplice drove them away.

The victim in this case, says the items stolen are a big hit to his small business, and the thieves pulled up to his house minutes after the UPS delivery truck dropped the packages.

If you have any information about these suspects, call CSPD at 444-7000.

The El Paso County Sheriff's Office is also asking for your help to identify these two would-be ATM crooks. They tried to crowbar open the ATM at the Chase Bank in Falcon in the early morning hours of September 17, 2020.

One of the suspects was wearing a Halloween mask. No other distinguishing marks could be seen.