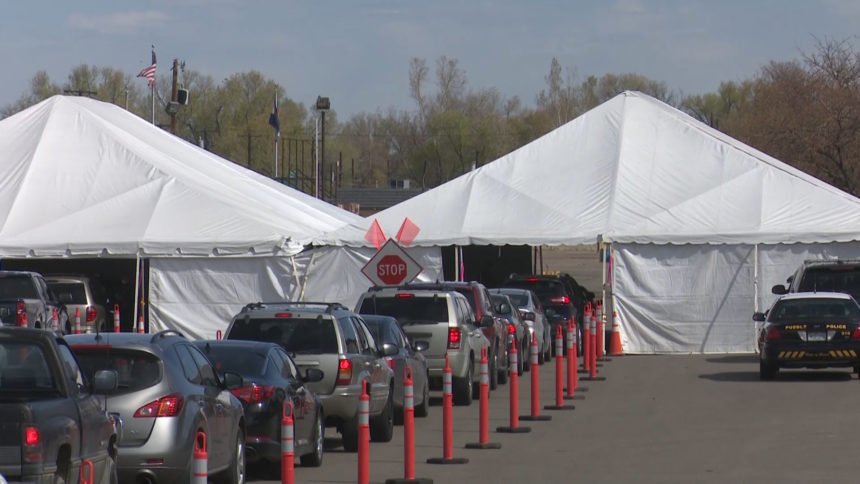 COLORADO SPRINGS, Colo. (KRDO) -- The average age for people testing positive for COVID-19 in Colorado has dropped from the upper 40s to 32.

"They're going to work, they're going out with their friends. They may be having more social interactions which is leading them to be in contact with the virus at a higher rate than some of our older populations," said Kimberly Pattison, Communicable Disease Program Manager for El Paso County.

As people testing positive for the virus get younger, lines at testing sites across the state are getting even longer.

Though they are reopen, their test limit has increased from just above a thousand to about 2,000 tests per day in an effort to keep up with the demand.

According to the Denver Post, people who have gotten tested at the Pepsi Center say it's taken as many as eight days for them to receive their results, despite being told it would take just three to four.

Officials say the long lines are likely caused by test sites being closed over the holiday weekend.

No word yet on how long it is taking people to get their test results in Colorado Springs.

Though the average age of those testing positive is dropping, studies show people under 50 make up less than a percent of statewide deaths.

"In general, the younger you are the less likely you are to show symptoms of COVID-19 and so it may be that some people are infected or a lot of people are infected and circulating the community and don't have symptoms so they don't know," said Dr. Elizabeth Carlton, an Assistant Professor in the Department of Environmental and Occupational Health at the Colorado School of Public Health.

"Because we have more virus in the community, as a whole we're going to have potentially the possibility of seeing more cases among our older population and more of those severe hospitalized cases moving forward," she said.