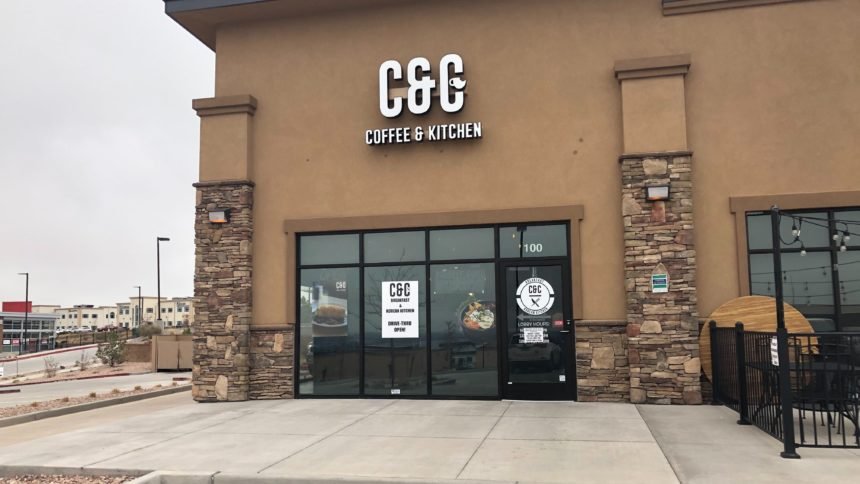 COLORADO SPRINGS, Colo. (KRDO) -- The owners of C&C Coffee Kitchen won't be able to open their location in Colorado Springs after receiving an order to temporarily shut down from the Tri-County Public Health Department Monday for skirting a state public health order.

C&C had opened its Castle Rock dining room to massive crowds on Sunday and advertised that it would stay open despite the public health order to close all dining rooms in the state to prevent the spread of COVID-19. Gov. Jared Polis, in response, said that their license would be pulled.

The restaurant also has a location in north Colorado Springs, prompting people to ask if they would head south to reopen their dining room, similar to another El Paso County restaurant that is openly defying the public health order.

However, the owners of C&C told KRDO that their tax license was suspended, meaning they can't conduct any business at any of their locations until it's reinstated.

The owners tell us they believe they're being unfairly targeted because of the media attention that C&C received. Another restaurant, Karen's Kafe in Calhan, has been open despite a cease-and-desist order, but their license hasn't been suspended.

"What they are doing is standing up for all small businesses who need to be open and thriving," Robert Taylor said.

Taylor, who lives in Colorado Springs, is traveling to support restaurants that open their dining rooms.

"When large chain stores are making tons of money because their competition the smaller stores that might sell the same item is closed down, we need to open that engine back going," Taylor said. "And it's up to us as Americans, as patriots, to stand on our god-given rights to have a free economy."

But C&C Coffee and Kitchen received a $5,000 COVID-19 related grant from the Town of Castle Rock in April. A Gofundme account was also created to support C&C. It's raised more than $17,000 in less than a day.

Despite numerous attempts to get answers as to why similar action hasn't been taken against two Calhan restaurants with open dining rooms, KRDO has not received an answer from the state.

The Colorado Department of Public Health and Environment responded to a request for comment saying that counties typically lead on enforcement action, however "if the state chooses to also take action, that doesn't preclude the county from doing so."

"Typically the state will get involved when there has been no county action to suspend/close a violating facility -- or when there are willful, flagrant
violations," said Ian Kahn with CDPHE.