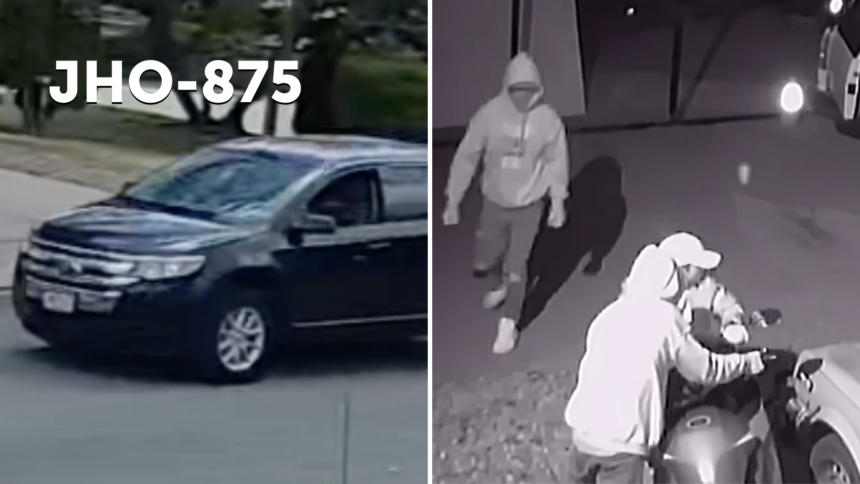 COLORADO SPRINGS, Colo. (KRDO) -- Colorado Springs police are looking for a group of young men accused of stealing a motorcycle back in June 2019.

A surveillance camera caught three young men putting the motorcycle in a white Chevrolet Suburban before fleeing the scene.

The suspects are described by police as, "three light-skinned males, wearing hooded sweatshirts."

Police have not been able to locate these suspects.

If you have information on their identities or whereabouts, call the Colorado Springs Police Department at (719) 444-7000.

Meanwhile, residents in the Cottonwood Park neighborhood near Union and Dublin Boulevard have once again spotted a suspected mail thief come back to their street.

On March 27 around 11:30 a.m., the same vehicle caught on camera in a previous On the Lookout drove into the area, stopping at several mailboxes.

The car has since been identified as a Black Ford Edge with the license plate JHO-875.

A neighbor spotted the car and confronted the driver before leaving the area.

If you have any information on the suspect or recognize the vehicle, you're urged to call 877-876-2455 or report a tip at USPIS.gov.