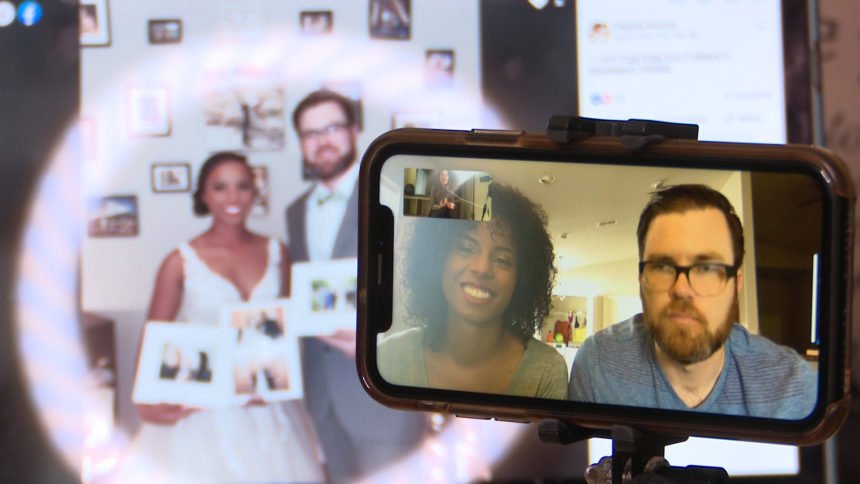 COLORADO SPRINGS, Colo. (KRDO) -- Coronavirus has become our new normal. Whether we like it or not, it's now affecting our day-to-day, including wedding days.

Just a few days ago, Daphne and Chris Goujon had no idea their wedding wouldn’t take place on the day they had planned, or even at the venue they had already paid for.

"It was obvious that people were going to not come if there was an option and it didn't really matter because our venue had closed at that point anyway," Chris said.

They also didn't expect their wedding would be streamed on Facebook Live.

But on March 27, 2020, they became Mr. and Mrs. Goujon while friends and family watched via the Facebook stream.

"We got our wedding license one day before they stopped issuing them. She got her dress 6 hours before they closed down the whole county. So we figured it was just kind of meant to be," Chris said.

"We wanted to do something that could spread some joy and happiness to our family and all of our friends sitting at home right now. He came up with the idea to do it on Facebook Live so our friends and family could see," Daphne said.

Of course, they wish their families could have been there, but they say their health means more to them than anything else.

"For us, it wasn't about the wedding, it was about getting married," said Chris.

Although it wasn't what they planned, they're proving they can work as a team to solve complications, giving them a great foundation for their marriage.