Jason Gallagher, an infectious disease pharmacist in Philadelphia had gotten the Johnson & Johnson Covid-19 vaccine through a clinical trial in November, but this summer he didn’t like the direction Covid-19 cases were taking due to variants.

“Come June, I started to get nervous about this Delta variant spreading and had some travel plans,” said Gallagher, a clinical professor at Temple University School of Pharmacy.

So, Gallagher decided to get a dose of a different mRNA vaccine, even though he was already considered fully protected with his single dose of the J&J vaccine.

Once word got around that he got an extra dose, he started hearing from many others who had done the same.

“My phone was kind of ringing off the hook for a week,” Gallagher said.

Right now, trying to boost your immune system with an additional dose of Covid-19 vaccine after a J&J shot is not recommended. The vaccine makers are studying whether that needs to change.

Gallagher is not the only scientist who is getting ahead of the guidance.

Angela Rasmussen, a virologist who works with Georgetown University tweeted in June that she got an mRNA vaccine after having had the J&J shot, so that she would be “as protected as possible from the Delta variant.”

In June, Dr. Vin Gupta, a professor at the University of Washington’s Institute for Health Metrics and Evaluation also tweeted the advice he said he’s given patients: “If you received the 1-dose J&J, go and get 1-shot of Pfizer or Moderna as a “booster” when you’re able. Most I know who got J&J are doing it and are telling others the same — since two seems better than 1 re: delta.”

More than 13.2 million people in the US have gotten the J&J single dose vaccine, according to the CDC. The vaccine is effective and protects well against hospitalization and death, studies show.

In a statement, Johnson and Johnson said, “We believe that the single-shot Johnson & Johnson COVID-19 Vaccine will continue to offer durable protection, and at present there is no evidence to suggest a need for a booster dose to be administered.”

Health experts CNN spoke to said people’s interest in another dose seemed to pick up as the Delta variant started spreading and after research from New York University found some evidence that people who got the J&J vaccine might benefit from an additional dose.

That study is a preprint, meaning it was not subject to careful peer review. It was done on blood from vaccinated volunteers, so it did not reflect real world conditions, but it showed that at least some of the newly emerging variants, including the Delta variant, may evade the protection offered by a single dose of the vaccine.

That study contradicted an earlier finding from J&J published in the New England Journal of Medicine that showed a single dose of its vaccine protected well against the Delta variant, with protection lasting at least eight months.

That protection, Dr. John Zaia, the director of the Center for Gene Therapy at City of Hope in California said, is demonstrated by the current data on hospitalizations. He does not recommend an additional dose.

“We have not yet seen anyone saying that hospitalized people in the United States are those that got the J&J vaccine. I think that tells us a lot,” Zaia said.

Dr. Amesh Adalja, a senior scholar at the Johns Hopkins Center for Health Security does not recommend an additional dose either. He said the data doesn’t support the need for it.

“There’s a lot of people who like to beat up on the J&J vaccine; however, when you look at what we want in a vaccine, we want it to prevent serious disease, hospitalization and death, and I see no indication that the J&J vaccine is failing at the primary tasks that it’s designed to do,” Adalja said.

Dr. Paul Offit, the director of the Vaccine Education Center in Philadelphia agrees and said J&J is still an “excellent” vaccine.

“I don’t know of any data that suggests the need for a booster dose,” Offit said. “I understand that has become a thing, but the vaccines still induce excellent protection against critical disease caused by the Delta variant.”

Dr. William Schaffner, an infectious disease specialist at Vanderbilt University is not making a recommendation, but he’s seen a growing interest.

“People are talking about it more overtly, not only just among themselves,” Schaffner said. “There’s an awful lot of folks out there, and I think it’s a substantial number, the more I hear about this, who are working the system.”

People vaccinated with the J&J vaccine must work the system because it is against the official guidance for a pharmacy or a vaccine clinic to give an additional dose. That could change once a vaccine is authorized by the FDA. Then a doctor could prescribe it off-label. But for now people are finding ways around the guidance.

Schaffner said he’s heard some people have gone out of state to get an extra dose, since there is no national vaccine registry. He’s also heard that others have found pharmacies and vaccine sites that don’t ask a lot of questions.

“They’re just happy for you to come in and get a vaccine,” Schaffner said.

Schaffner said there is no real data to show that an additional dose would be harmful, so if patients are asking about an additional dose, it may be possible that doctors are figuring that into their calculations in counseling patients.

“The question not only in the patient’s mind, but in the doctors mind is, ‘well, if it’s not going to hurt? What harm could it do?'” Schaffner said. The doctor may also be thinking, “I can’t tell you how much benefits you’re going to get, but maybe it’ll make us both feel better.'” 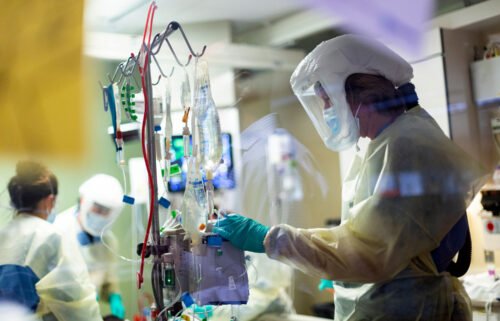 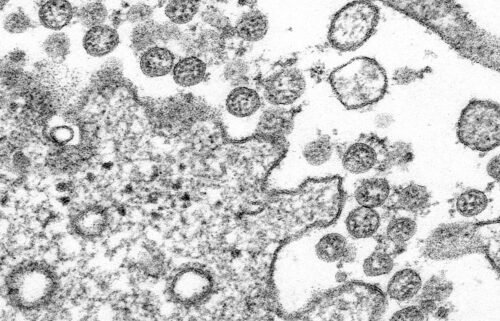 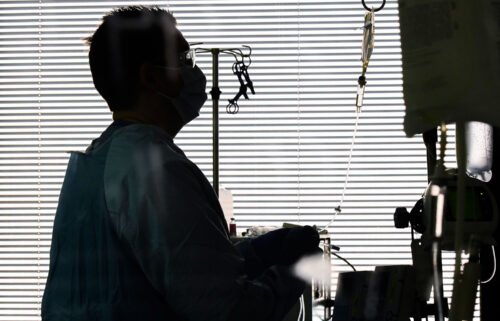