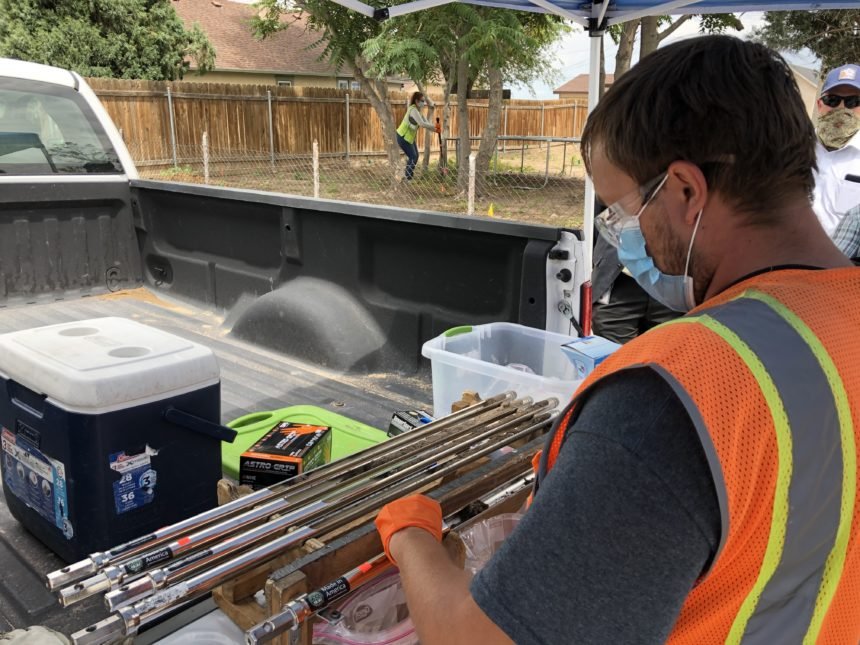 It's a faint echo of the sounds from the Colorado Smelter Site, that dominated this area more than a century ago. Toxic levels of lead and arsenic slag were left behind in the wake of the booming steel industry -- the by-product of separating silver from other minerals in the smelting process.

A daunting 1,700 properties were designated in the Superfund Site, and in December 2014 were elevated to the national priorities list.

According to EPA Administrator, Andrew Wheeler, the agency did some "creative accounting" to re-allocate funds to the Pueblo Superfund Smelter Site, from other disaster-declared sites nationally that aren't populated. Doing so doubled the budget, earmarking $75 million for the clean up project -- and cut the project time in half. To date, soil cleanup is 48% complete, which puts the entire project on track to finish in 2023.

"Children are playing in their backyards and front yards in lead-contaminated soil. It's important to get that removed as quickly as possible," said Administrator Wheeler. "Lead in soil is particularly bad for children. It's a toxin for developmental purposes for children that has been shown to lower IQ points."

If a property is confirmed with elevated levels of lead or arsenic, the contaminated soil is scooped away and replaced with either sod or xeriscape landscaping.

Leaders advise that children who live in the designated Superfund Site areas have their blood tested for lead and arsenic levels.