National Gracie Award-winning news anchor Shannon Brinias serves as Co-Host of KRDO Newsradio's Morning Drive, airing every weekday between 4:30 AM and 9 AM.   Having reported with Colorado news stations for more than 13 years, Shannon has been a 4-time recipient of the Colorado Broadcasters' Association top honors for Best Television News Anchor Team, and is an 8-time Emmy ® Award nominee for news anchoring, reporting and writing.  She was part of the KRDO Newschannel 13 team which won the 2019 National Edward R. Murrow Award for Overall Excellence in the category of small market television.

Brinias' professional journalism career began at KSTF in Scottsbluff, Nebraska, followed by stints in Cheyenne, Reno, Spokane, Seattle, Denver, Portland and Sacramento.  She anchored the news in Colorado Springs for 6 years from 2006-12, and then returned home to Southern Colorado in 2017.  Brinias has covered many of Southern Colorado's most memorable stories, including the Hayman Fire, the shooting at New Life Church, 2019's Bomb Cyclone, and the 2016 Democratic National Convention in Denver.  She has interviewed First Lady Laura Bush, country musician Garth Brooks and film stars Kevin Costner, Sylvester Stallone and Steve Buscemi, even landing a bit role in Buscemi's movie.

Brinias has a special interest in giving back to the community through the many non-profits with which she has developed relationships.  She was named Best Emcee by the Colorado Springs Gazette, and a Woman of Influence by the Colorado Springs Business Journal.  She has emceed dozens of special event fundraisers, served as an area board member for Big Brothers Big Sisters, led Girl Scout troops for 8 years and has volunteered as a Junior League member for more than 20 years.  She is a vocal supporter of the work of the American Heart Association, and Donate Life America, because her niece is a now-thriving heart donor recipient.

Prior to her work at KRDO, Brinias worked for multiple state agencies in California, and was the lead agency Public Information Officer for the $79 million Interstate-80 SMART Corridor Project in the East Bay-area.

Brinias lives in northwest Colorado Springs with her husband, daughter and dog, Lacey.  The family's numerous relatives are scattered throughout the Arkansas Valley and Denver area. Brinias enjoys gardening in the St. Francis Church community garden plot, upcycling/DIY projects around the house, and skiing, golf and tennis when she gets the chance. 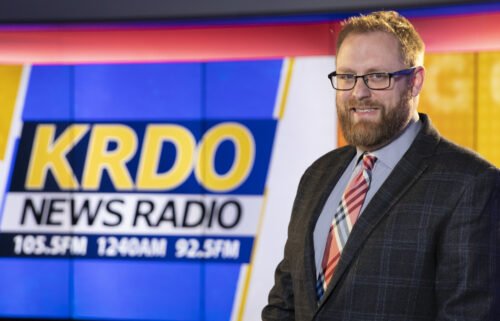 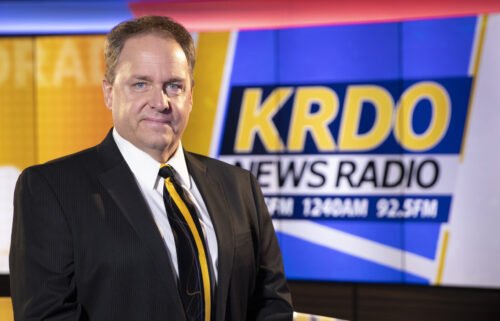 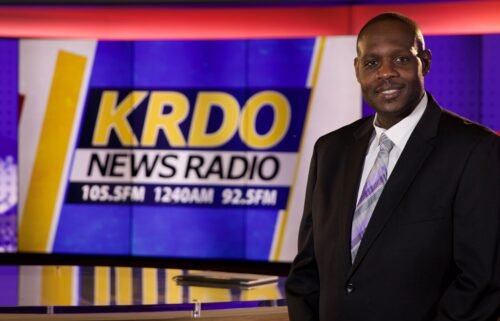