There’s a lot that has to happen before Biden’s plan — which is chock-full of measures long favored by Democrats — becomes law. And even though Democrats will soon control the White House and both chambers of Congress, that doesn’t mean lawmakers will follow Biden’s suggestions to the letter.

The earliest the money could start flowing? Maybe mid- to late February, said Kevin Kosar, resident scholar at the right-leaning American Enterprise Institute and co-editor of the book “Congress Overwhelmed.”

Biden’s massive plan includes several immediate relief items that are popular with a wide swath of Americans, including sending another $1,400 in direct stimulus payments, extending unemployment benefits and eviction protections, and offering more help for small businesses. It also would boost funding for vaccinations by $20 billion and for coronavirus testing by $50 billion.

But it also calls for making some larger structural changes, such as mandating a $15 hourly minimum wage, expanding Obamacare premium subsidies and broadening tax credits for low-income Americans for a year.

It’s the first of two measures Biden has planned to right the nation’s economy and fight the coronavirus. He intends to announce a recovery strategy at his first appearance before a joint session of Congress next month.

A president can propose ideas, but Congress passes the laws

Biden’s relief proposal now shifts to Congress, where it may change substantially as Democratic leaders transform it into a bill. They must decide whether they want to use a special legislative process called reconciliation, which would require only a simple majority of votes to pass the Senate — eliminating the need for Republican support — but would limit the provisions that could be included. Also, reconciliation could be used only sparingly each year.

Another factor that could determine the path and speed at which lawmakers act is the health of the economy, said John Hudak, a senior fellow at the Brookings Institution. If the nation’s jobs report in early February shows a continued deterioration of the labor market, for instance, Congress may be spurred to move faster and approve more assistance.

Whatever leaders decide, the effort is expected to have an easier time passing in the House — which approved a $3 trillion relief package last May that contained measures similar to those in Biden’s plan — even though Democrats now hold a slimmer majority there.

Speaker Nancy Pelosi, a California Democrat, will have to maintain the support of nearly all of her party’s members, including some progressive lawmakers who have already said they want to send even more help to Americans in need.

Democratic Rep. Alexandria Ocasio-Cortez of New York told The Washington Post on Thursday that people should get an additional $2,000 in stimulus checks on top of the $600 they received as part of the $900 billion relief package lawmakers passed last month — more than the $1,400 top-off payment Biden is suggesting.

A narrow margin in the Senate will mean compromises

The Senate is where a multitude of hurdles lie. Democratic Sen. Chuck Schumer of New York will soon take over as majority leader from Republican Sen. Mitch McConnell of Kentucky, but the chamber will be split 50-50, with Vice President-elect Kamala Harris available to break any tie votes.

In coming weeks, senators will have their hands full with President Donald Trump’s impeachment trial and with voting on the President-elect’s Cabinet nominees, none of whom have been confirmed yet.

In his speech Thursday night, Biden said he would like to work with members of both parties to enact his American Rescue Plan, indicating that he wants to go the traditional route, which would require the backing of at least 10 Republican senators.

Biden will play an important role in the negotiations on Capitol Hill.

“A new president and a new tone from the White House can put some pretty significant pressure when pressure is needed,” Hudak said. “For this to happen in some expedited time, it’s really going to require significant influence from the president, especially on key senators.”

One of those senators is Joe Manchin, a moderate Democrat from West Virginia. He has recently expressed doubts over providing $2,000 in stimulus payments, preferring a more targeted approach.

“I’m on board by helping people that need help, people that really can’t make it, people that don’t have a job,” Manchin told CNN’s Jake Tapper on Sunday. “Sending checks to people that basically already have a check and aren’t going to be able to spend that or are not going to spend it — usually are putting it in their savings account right now — that’s not who we are.”

Securing support can be a laborious process.

“All the work of getting people lined up — that’s likely going to take a lot of time,” Kosar said. 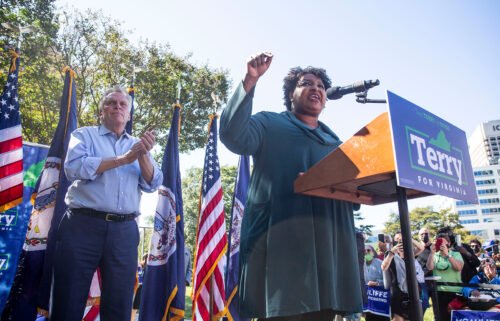 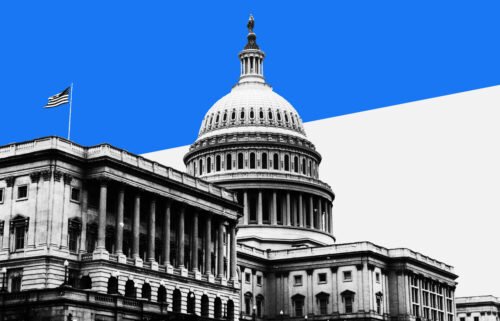