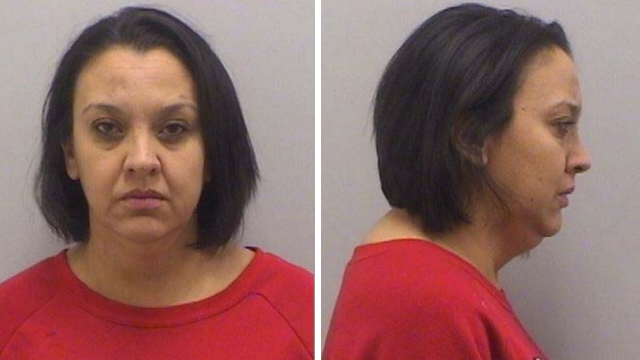 LAS ANIMAS COUNTY, Colo. (KRDO) -- Las Animas County Clerk and Recorder Patricia Vigil has been arrested twice in the past week and is facing charges of DUI, careless driving, harassment, and domestic violence.

Vigil is in the midst of her second term as the Las Animas County Clerk, and has worked in the County Clerk's office for around twenty years.

According to court records, Vigil is facing the DUI charge from an incident on Jan. 8 in Castle Rock. A police officer sotted Vigil driving the wrong way in a Coffee Shop Drive-Thru. When the patrol asked her if she was okay, Vigil said she was looking for the Colorado Springs Airport. Vigil admitted to officers that she was drunk without being prompted to do so.

Then, on Jan. 14, police officers in Trinidad were called to a home for a disturbance call and witnessed Vigil elbow her husband in the stomach following an argument.

According to the affidavit for Vigil's arrest on Thursday, officers were initially called for the disturbance, and Vigil's husband voluntarily went to a detox facility since he had recently consumed alcohol. Later, officers had to go back to the home and found Vigil outside of the garage upset with her husband because he wouldn't give her keys to his truck. Police noted that Patricia was under the influence of alcohol and being aggressive towards officers and other people in the area. The officers tried mediating between the two, but then Patricia demanded that one of them leave the home. The yelling continued as the pair went outside, and that's when officers say they saw Patricia elbow her husband in the stomach.

It's not clear if Vigil is facing administrative discipline from the county at this time, but we're working on getting more details. Las Animas County Commissioners declined to comment on the charges against Vigil.

At an advisement hearing on Friday, the husband, who was allegedly struck by Vigil, said he didn't understand why Trinidad Police arrested his wife. He argues there is no domestic violence. Meanwhile Vigil's attorney said the charges against her in the January 14th arrest were 'unfounded'

The judge released Vigil on a personal recognizance, but issued a restraining order between Vigil, her husband, and any witnesses to the alleged domestic abuse.

KRDO reached out to Vigil after her release from the Las Animas County Jail Friday afternoon, but were unable to reach her.

However, KRDO did speak with the Las Animas County Deputy Clerk Joe Mestas. The deputy clerk says things are business as usual at the office, and things are running smoothly. Mestas wouldn't speak on his boss' personal matters. However, Mestas said his boss was a good person, a good clerk, and everyone makes mistakes.