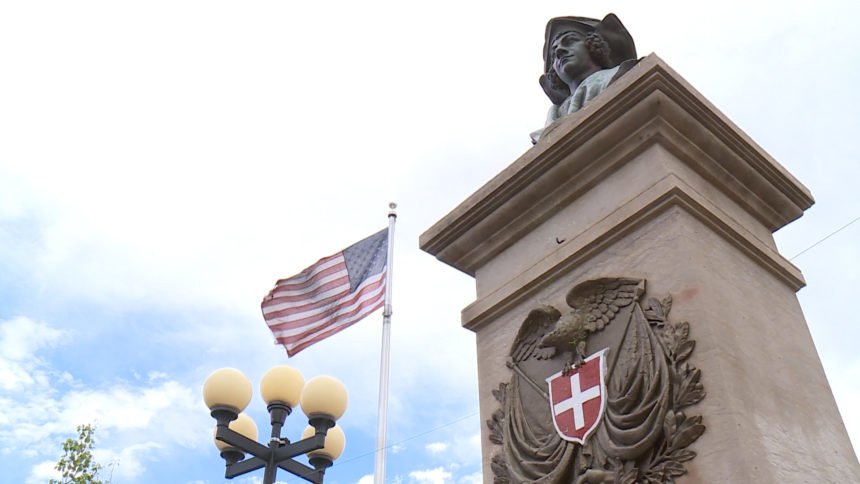 PUEBLO, Colo. (KRDO) — The Pueblo City-County Library District Board of Trustees voted 7-1 Thursday night, declining to take on the city's proposal to build a multicultural plaza on Abriendo Avenue in front of the public library.

The plaza proposal follows a local mediation about what do to with the Christopher Columbus statue. The Italian founder of the "New World" is often hailed a hero, though Native Americans say his conquests were violent and villainous. The debate continues 500 years after his voyage.

The plaza proposal would have built two additional statues next to Columbus, including a statue honoring African Americans and another representing the Indigenous community.

Gino Carleo, the leader of the local Sons of Italy chapter, was on-board with the plaza plan.

“We have agreed and so has the Sons of Italy lodge, that we would go for this," Carleo said. "We think it would be fine and it would be very educational for everyone.”

The plan would have also created a multicultural commission. Deborah Espinosa, a representative for the Indigenous community, was not a fan of new statues, but would still like to see a commission. It's unclear if that could happen.

"More statues, we don’t see that as a being answer," Espinosa said. "We’re very clear on our position. As we go forward, we’ll pursue multiple civic paths to reach our goal."

In a statement Thursday night, the board said it supports a peaceful resolution, but it is not the board's responsibility to take on the embattled statue.

Pueblo City Council President Dennis Flores told KRDO he is disappointed in the board's decision and that city council will have to consider where to go from here.