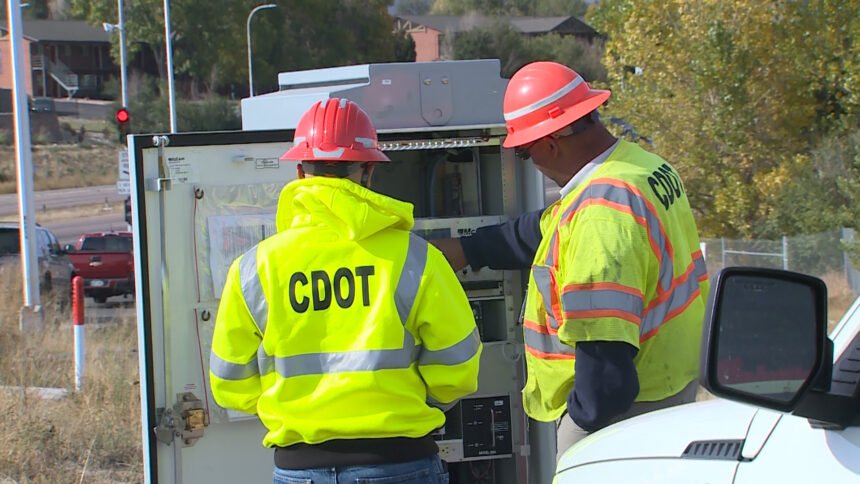 COLORADO SPRINGS, Colo. (KRDO) — The Colorado Department of Transportation says congestion on Fillmore Street forced engineers to re-work the timing of the new on-ramp meter to northbound I-25 installed Wednesday.

Drivers getting on I-25 from Fillmore before the fix expressed their frustration with KRDO. Alana Fenton filmed the congestion on her cell phone.

“This makes absolutely no sense whatsoever — none,” Fenton said in the video, while waiting in traffic. “As I’m trying to get back to work from lunch and I’m in this ridiculous traffic pattern that they have here.”

“When we activated Fillmore on Wednesday, we thought we had a pretty good plan, but we did incur quite a few backups,” said Jason Nelson, traffic program engineer for CDOT. “We went to gather the data for Thursday morning to see how that did, and then we really scrambled on Thursday during lunch and came up with some new timing plans.”

Nelson says the on-ramp signal at Fillmore onto northbound I-25 is now red for a shorter amount of time. CDOT adjusted the timing about 24 hours after originally installing the signal. The department says the new timing seems to work better.

“We implemented them Thursday evening and so far it went really well,” Nelson said.

According to the state’s website, the on-ramp signal will be installed at these locations:

The $3.3 million project, which stretches along four miles of interstate in Colorado Springs, is meant to alleviate traffic without adding more lanes to I-25.

“It does take a little bit of additional time, but you’ll make that time up with the benefits to I-25,” Nelson said.