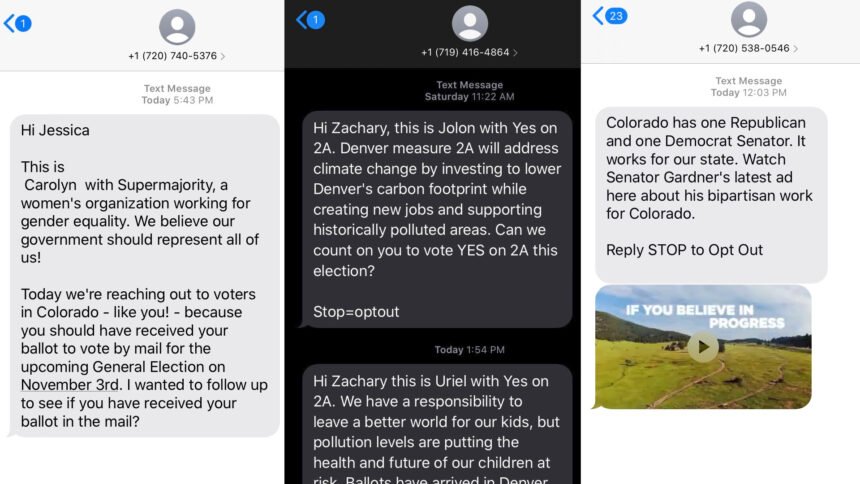 COLORADO SPRINGS, Colo. (KRDO) — With less than three weeks to go until the Nov. 3 election, political campaigns are taking advantage of text message marketing to try to persuade voters.

Text message marketing is also inexpensive, Watters says. Those factors combined might be why it seems like people are getting bombarded with political texts suddenly.

Sam Switzer, a resident in Colorado Springs, says he gets political texts for candidates in Colorado and Arizona, where she went to college.

“I get hundreds of them on a weekly basis,” Switzer said. “I get like 10 calls a day and I think they’re super annoying. I don’t think they’re becoming super effective.”

“They suck. They’re annoying,” Bohl said. “I don’t know where they came from. They just started showing up. I’m like, ‘block, block, block.’”

Watts Media says political campaigns can get your cell phone number a variety of ways, mainly from websites where you enter your personal information voluntarily. In many cases, the fine print permits companies to sell personal data in bulk.

Though text message marketing may be the newest way for campaigns to target voters, UCCS Political Science Professor Josh Dunn doubts the effectiveness.

“There really isn’t a whole lot of evidence that almost any of these things work,” Dunn said. “I think there is evidence that campaigns misallocate a lot of resources.”

Dunn adds that a very small percentage of voters are still undecided just 20 days out from the election.

Watts Media says there’s a good chance you won’t have to worry about annoying political texts in the next election cycle. A new form of marketing will have likely taken over.

“Everyone starts using it,” said Leah Watters, the president of Watts Media. “And that’s inevitable that it’s going to become not very effective. I think the real question is — the next political season, what’s going to be the new thing then?”

She suggests replying “STOP” to try to opt-out of spam texts. If that doesn’t work, Watters says you can also copy the political text and send it to “7726,” which spells out SPAM. 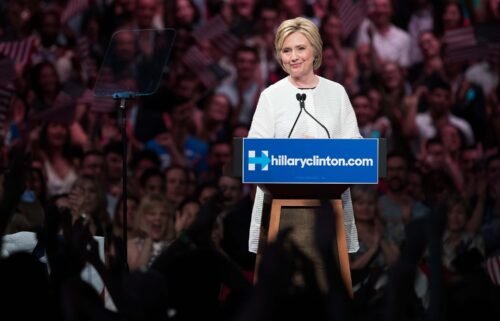