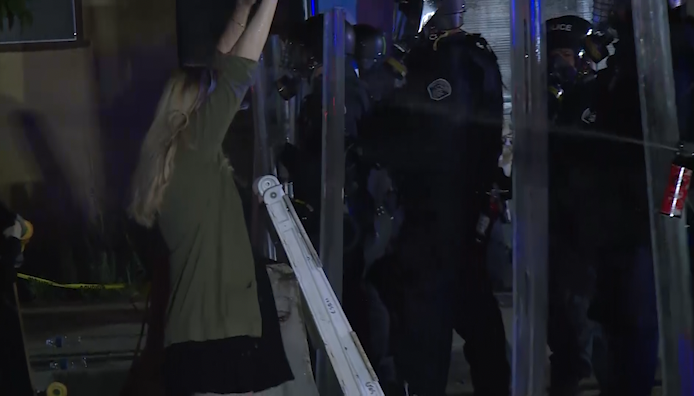 COLORADO SPRINGS, Colo. (KRDO) -- In response to calls for a police accountability committee in Colorado Springs, the city council announced Wednesday that it's taking applications for volunteers to serve on the committee.

The decision was made during a work session Tuesday to move forward with creating the application process for the new advisory committee. The purpose of the committee is to bring policy recommendations to the city council, Colorado Springs mayor, and Colorado Springs Police Department.

It's the latest move in response to protests nationwide, including in Colorado Springs, for more accountability of police in the wake of George Floyd's killing in Minneapolis. Last week, the state legislature passed a sweeping police reform bill that enacts changes to body camera procedures, when officers can use deadly force, the use of unannounced warrant service, and qualified immunity for law enforcement officers.

Two groups met with city council members Tuesday night to share their ideas for the accountability board. A large gathering of protesters was outside of City Hall and people were listening to the discussions through a loudspeaker.

City Council will discuss more details about the role and structure of the committee during a work session on Monday, and it should officially be established after public comment on Tuesday.

You can apply to volunteer for the board by clicking this link.