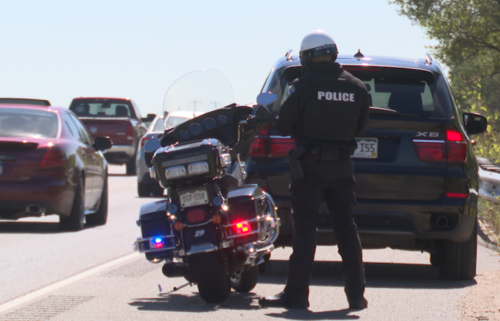 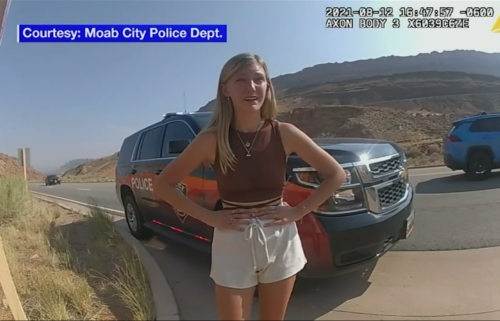 COLORADO SPRINGS, Colo. (KRDO) -- In another case of vigilantism gone lucky, police say a man in the Palmer Park area was able to successfully retrieve his vehicle after he saw it being stolen from the parking lot.

According to a post from CSPD, officers initially heard about the incident around 4:30 p.m. Monday as a traffic accident where one driver was holding another driver on the ground.

The officers quickly learned that wasn't the case.

CSPD says the victim in the incident saw his vehicle that was stolen from the parking lot at Candlewood Apartments on Feb. 4, so he got in another vehicle and chased the suspect down. He caught up with the car at American Drive and blocked the suspect from leaving, according to police.

The victim, who hasn't been identified, then pulled the suspect from the driver's side and held him on the ground. Police say the suspect, identified as 25-year-old Patrick Allen, tried to reach for a gun in the center console but couldn't get it before he was pulled out of the car.

Officers arrived and found Allen detained by the victim, and they took him into custody. The gun in the car was also reported stolen from a previous incident, police said.

Allen was arrested for aggravated motor vehicle theft, possession of weapons by a previous offender, and multiple warrants.

KRDO crews met up with Sgt. Jason Newton to see how he feels about the victim's bold response.

"It's one of those situations where we never want to second guess the victim because there’s a lot of emotions probably going into that," Newton said.

Newton said he's happy the victim is okay, but he wouldn't advise anyone else to react this way.

"We don’t know what the suspect is thinking. We don’t know the mindset, we don’t know if they’re intoxicated, high, or anything like that, so we just want to be careful in situations," he said. "Think safety first because we want you to go home at the end of the night, and allow us to be put in the dangerous situations."

We'll have more on this story tonight on KRDO NewsChannel 13.