The announcement comes days after KU director of athletics Jeff Long said Miles would be placed on administrative leave while the school conducted a review to determine next steps.

It followed the release of two reports investigating accusations of sexual harassment and inappropriate behavior by Miles during his time at Louisiana State University. Miles has denied the allegations.

Miles was the head coach at LSU from 2005-16, winning the national championship in the 2007 season. He was hired by the Jayhawks to lead their football team on November 18, 2018.

“I am extremely disappointed for our university, fans and everyone involved with our football program,” Long said in a statement Monday. “There is a lot of young talent on this football team, and I have no doubt we will identify the right individual to lead this program. We will begin the search for a new head coach immediately with an outside firm to assist in this process. We need to win football games, and that is exactly what we’re going to do.”

A statement from Miles was also provided by the athletics department.

“This is certainly a difficult day for me and for my family,” Miles said. “I love this university and the young men in our football program. I have truly enjoyed being the head coach at KU and know that it is in a better place now than when I arrived. To our student-athletes, I want you to remember that you came to play for KU and earn a degree here. So, I implore you to stay and build on what we started and do all of the things we talked about doing together. There is a bright future for all of you and for KU Football.”

The Taylor Porter investigation, which was at the request of LSU, concluded that Miles “engaged in behavior which showed poor judgment,” but didn’t substantiate any legal violation.

On Friday, Miles’ attorney, Peter Ginsberg, said in a statement that “the Taylor Porter Report should put an end to the baseless, inaccurate media reports that Coach Les Miles engaged in an appropriate touching of an Athletic Department student volunteer eight years ago.”

“Coach Miles denies then, as he denies now, that any such conduct occurred,” Ginsberg said, adding, “The Report also disclosed that a second woman made a similar allegation. The Report found that accuser was totally unreliable and her claim totally unsupported.”

The attorney also blasted the Husch Blackwell investigation, Ginsberg said the investigators did not interview Miles or other key witnesses. Instead, he alleged the law firm second-guessed the Taylor Porter findings without providing any basis for doing so.

The Husch Blackwell report includes a statement from Sharon Lewis, who currently is Associate Athletic Director for Football Recruiting and Alumni Relations.

Her statement from May 2019 “chronicled significant alleged misconduct committed by the then-most powerful person in the Athletics Department (and perhaps the University), LSU Football Coach Les Miles, from approximately 2009 until Miles’ departure in 2016.”

Among the allegations made by Lewis, the report says, was that after losing the 2012 national championship game, Miles “attempted to sexualize the staff of student workers in the football program by, for instance, allegedly demanding that he wanted ‘blondes with the big boobs’ and ‘pretty girls.'”

Miles has denied all allegations of misconduct, the report said. CNN had asked through Kansas for comment from Miles on the report.

KU said Monday that the search for a new head coach begins immediately and that Mike DeBord will continue to serve as the acting head coach until an interim head coach is determined. 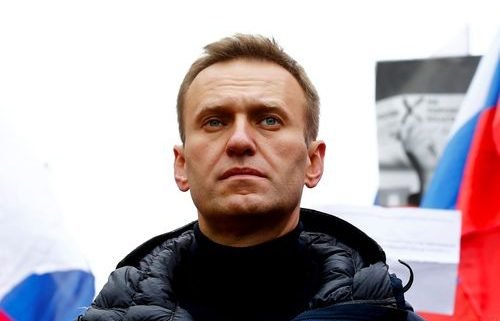