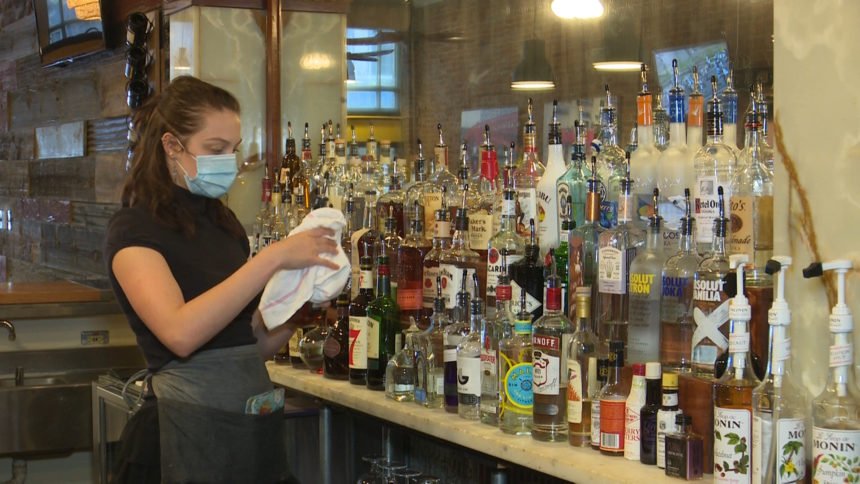 COLORADO SPRINGS, Colo. (KRDO) — Though many businesses are legally allowed to reopen after COVID-19 shutdowns, some report it’s now hard to find workers willing to give up unemployment payments.

The owner of Red Gravy in Colorado Springs tells KRDO that two former employees declined to come back to work at the restaurant, citing unemployment pay as the reason.

People receiving Federal Pandemic Unemployment Claims get an extra $600 in benefits each week on top of normal unemployment benefits. For some people, it’s more than they would make working.

The Colorado Department of Labor and Employment tells KRDO that if a worker is offered their job back and they refuse, in most cases their unemployment benefits will stop. Employers are also encouraged to report job refusals to the department.

Chandler Crawford negotiated a full-time job at Red Gravy with owner Eric Brenner before her unemployment benefits expired after being laid off from a previous job.

"I was kind of looking forward to getting back to a full-time job," she said.

Full-time work isn't too common in the restaurant industry, but Brenner is getting accustomed to people asking for more money.

"Everyone was pretty honest about the fact that they're making more on unemployment," Brenner said. "To be honest, in our industry it's hard to get a day off. It's challenged us to think about how much we're paying people."

A spokesperson for the Department of Labor and Employment told KRDO if workers are audited, they may even have to pay back money made through unemployment after refusing work.

"Refusing to go back to work because you don't make as much money as you do on unemployment is not a valid reason to refuse work," Cher Haavind, the department's spokesperson, said.

The CDLE has been in contact with Brenner about a former employee who refused work.

"So far I've had one that's going into moderation. I don't know what's happening there, but I'm guessing the department is contesting payments to the employee after a certain point," Brenner said.

The additional $600 in weekly federal unemployment benefits from the CARES Act is set to end July 31.