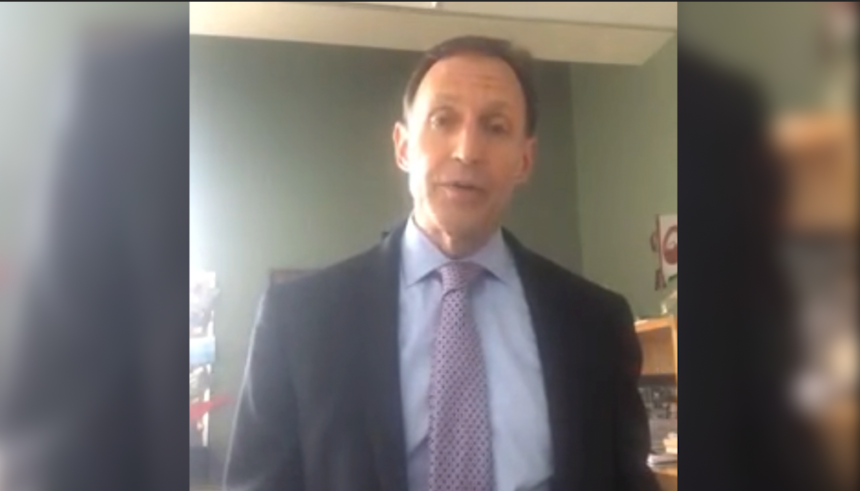 COLORADO SPRINGS, Colo. (KRDO) -- Pikes Peak Community College President Lance Bolton has a challenge for the thousands of students and staffers on campus: "Get up, get out, be seen, be heard, be counted, be brave, be uncomfortable, be a voter, be the change!"

Bolton sent a message to the campus Monday afternoon saying that: "bad cops, racists, and those who benefit from and protect the status quo are counting on you. They are counting on you to stay home, stay silent, stay safe, and hope someone else does something."

That message was in response to the string of protests across the United States calling for police reform in the wake of George Floyd's killing in Minneapolis.

Read the full letter below:

Dear PPCC Faculty, Staff, and Students, I’m writing today to talk about George Floyd, Sandra Bland, Eric Garner, Breonna Taylor, and too, too many others. Bad cops (and they are a small minority, but present in too many cities and towns), racists, and those who benefit from and protect the status quo are counting on you.  They are counting on you to stay home, stay silent, stay safe, and hope someone else does something.  If you want to see change in our world then be the change.  People are saying and asking: “What do I do”, “How can I make a difference”, “I feel so sad”, I feel so powerless”.

Here is your answer:GET UP, GET OUT, BE SEEN, BE HEARD, BE COUNTED, BE BRAVE, BE UNCOMFORTABLE, BE A VOTER, BE THE CHANGE!

I wept in frustration yesterday at our Colorado Springs protest because there were maybe 100 people there when I arrived.  We live in a regional metropolitan area of over 700,000 people, and so few were present.  Many people are quietly saying “I support the protestors, but not the violence” as they sit comfortably at their kitchen tables.  Silence protects systematic racist policies in our country.  Benjamin Franklin said “Justice will not be served until those who are unaffected are as outraged as those who are”.  My son is 22 years old, and I’ve never had to worry that he would be hurt or killed in a traffic stop in spite of a dismal history of rather poor driving.  That is my privilege, it’s one that should be shared by every parent, brother, sister, and child in this nation.  Let George Floyd’s death mean something, take a stand and say ENOUGH! Across the nation in Houston, Atlanta, Minneapolis, and other cities we saw beautiful and moving examples of police officers kneeling and marching in solidarity with communities of protestors.  Those images gave me faith and hope in our nation, and a powerful reminder of the many police officers who are dedicated to making our world a better and safer place for everyone.  We also acknowledge that we have work to do in our own backyard.  Its easy to look over the fence at our neighbor’s messy yard while ignoring our own shortcomings.

We’ve done good and hard work over the past couple of years with leaders like Keith Barnes (Chief Diversity Officer), Regina Lewis (Special Assistant to the President for Academic Excellence and Inclusion), Karen Summerson and Tiko Hardy (The Equity Project) and many others organizing and holding trainings and difficult conversations.  We will do more.  Expect to see a continued emphasis on culturally competent and empathetic programming across the college.  Students, we want to always be certain you have avenues for bringing concerns about equity to light.  We care deeply about being a college and a community where every student feels our expectation of their success.

There are many ways to engage to make a difference.  The most obvious is to join the public protests.  When every age, race, gender, and economic station in life is represented in public protests, then those who protect the status quo will tremble.  As long as protestors can be characterized as a small, rag-tag bunch of trouble-makers, then they are easy to put down and ignore.  When mainstream America shows up in all our glorious diversity and numbers, then policymakers will believe in the necessity of change.  There are other ways to engage as well; write and call your city, county, state, and federal elected officials.  Their job is to listen to your concerns and take action.  Write letters to newspapers and regional and state publications.  Vote!  It even helps if you just share your thoughts and beliefs on social media.  If you are upset and want to see real reform that ensures all people in our country are treated with dignity and respect by our government, then the one thing you cannot do is be silent.

All Lives Will Mater When Black Lives Matter.

Dr. Bolton told KRDO he believes in "effective advocacy" and does not believe racial issues involving police officers are political.

"There's a difference in my mind between looking at what happened to end George Floyd's life and saying we should have change, endemic changes on how we operate our society, and politicizing this," Bolton said.

The PPCC president said he does not agree with violence but supports peaceful protests. He attended a protest in Colorado Springs Sunday afternoon.

But PPCC students like Montex McKnight are concerned with looting and violence.

"The riots and stuff, this is just making everybody look crazy," said McKnight. "We should just all calm down and find another way to handle this situation."

McKnight is asking police officers across the country to be mindful of their roles.

"I just think they need to get better at what they do and be the leaders that they're supposed to be," McKnight said.

Meanwhile, PPCC's president encourages all of the Pikes Peak region, including leaders to get involved.

The community college president said he is proud of the way Colorado Springs Police Officers and El Paso County Deputies have acted during the local protests so far.

He also tells KRDO he is always looking for ways to ensure people of color feel safe and welcomed on the Pikes Peak Community College campus, which remains open for summer and fall classes amid the pandemic.