According to CPW, the black-footed ferret is one of the rarest mammals in North America. They were feared to be extinct until 1981 when a small colony was found on a ranch in Wyoming. Now, CPW works with the U.S. Fish and Wildlife Service to reintroduce the animals in Colorado.

The project completed this week released the ferrets on a prairie dog colony on the Southern Plains Land Trust property in southeast Colorado, near the Town of Lamar and John Martin State Park.

The ferrets will live and hopefully start a colony on the 44,000-acre preserve. CPW said they will feed entirely on prairie dogs. Each year, CPW biologists also walk miles of prairie dog colonies and distribute peanut butter pellets laced with plague vaccine. Plague can wipe out prairie dogs colony, which are the sole source of food for the ferrets.

black-footed ferret was feared extinct until Sept. 26, 1981, when a small colony was found on Lucille and John Hogg's ranch in Meeteetse, Wy. Now, @COParksWildlife works with @USFWSMtnPrairie to reintroduce them in prairie dog colonies in CO. Here's one released Wednesday. 5/8 pic.twitter.com/CoZL8HxPp1 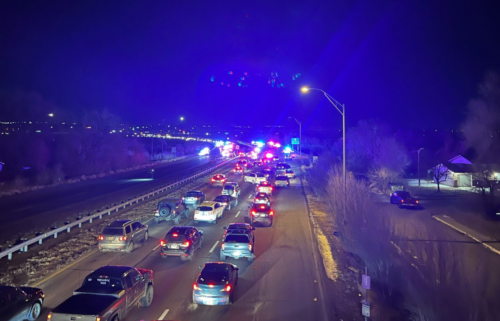