COLORADO SPRINGS, Colo. (KRDO)-- Less than 24-hours after the release of a Supreme Court draft opinion that would overturn Roe v. Wade, about 75 pro-choice advocates lined up outside of Colorado Springs City Hall to voice their opposition. After about an hour, they marched through the Downtown area, chanting, holding up signs, and encouraging drivers to honk their car horns in support.

"I think it's important to respect the folks that are passionate about the lives of unborn children," one protester said. "However, I would like to use my voice to say that the way that you help to diminish abortions, and studies have shown this time and again, is you provide women access to birth control, and you provide comprehensive sex education to our children."

Protesters stayed for more than two hours. One of them, Danielle Senik, said the gathering was spontaneous and was encouraged by a social media post spread nationwide from March for Women, encouraging people to march at 5:00 pm local time.

"I have been sick to my stomach all day," Senik said. "I was just horrified. Horrified. I should've known better, but just absolutely horrified."

This is far from Senik's first rally. She says she attended one in Acacia Park in Colorado Springs after the 2016 election and participated in Vietnam War protests as well. She understands the political landscape in El Paso County leans heavily right, but says that doesn't deter her from speaking out on social and societal issues.

"I grew up in the era where it was back alleys and coathangers and horrible things when people had to get married and all of that. So, no, let's not go back there," she said.

Senik added she was proud of a recent law enacted in Colorado, guaranteeing every woman the right to an abortion.

Because of the Reproductive Health Equity Act, access to abortion won't be limited in Colorado if Roe V. Wade is struck down the way access could be limited in surrounding states.

Of course, not everyone is upset with the potential change. Congressman Doug Lamborn said he had a feeling of "amazement" when the news broke Monday evening.

"It's been so divisive in our country," Lamborn said. "It should be sent back to the states. That's better than the status quo. If it was up to me, I would say you can't take the life of an unborn child unless the mother's life is in danger."

Jeff Hunt, a pro-life advocate is excited too, but cautions that this isn't a final decision. "Everyone's acting on a decision that hasn't come out. And we're all speculating and we don't know if this is the final decision. We don't know what the dissent is going to look like, all the steps," he says. Regardless, he feels this is a move in the right direction. "But if it is true, well, this is a fantastic moment to celebrate, especially if you've been laboring in the pro-life world for nearly 50 years."

A professor of political science at the University of Colorado Colorado Springs says other polarizing court decisions could be at risk now too.

"The Supreme Court always has the authority to overturn itself, and that's always going to be the case in a constitutional system, the principle of stare decisis is just that," said Josh Dunn. "It's a principle it's not a law. In fact, the primary oath that Justices take is not to precedent, but to the Constitution itself."

Dunn says if there are Justices who think that a previous court got the Constitution wrong, it would violate their oath to uphold an unconstitutional decision from the past.

"Frankly, that's the way we should want it," said Dunn. "Justices' first object of loyalty should be the Constitution, not to the past decisions of the court.” 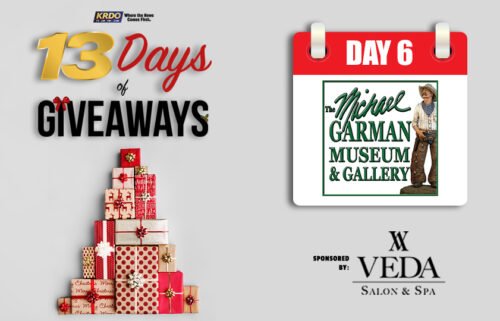