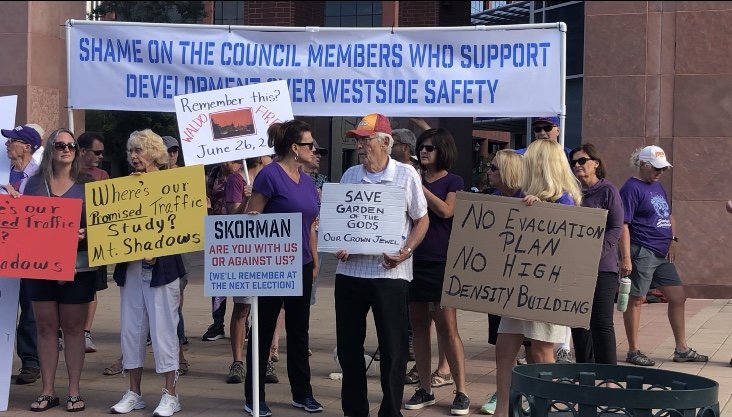 COLORADO SPRINGS, Colo. (KRDO) -- On Monday morning, residents from the Mountain Shadows Neighborhood rallied outside a city council workshop protesting against the decision to rezone property in a neighborhood near Garden of the Gods.

It would allow 420 apartment units to be built, and it's supposed to add more housing to the area, but some neighbors are concerned about the impact of adding more people.

"Let’s have a plan and look at it while there’s no emergency," said Richard Smith, a resident in Mountain Shadows

Smith and other neighbors believed the proposed housing project at 2424 Garden of the Gods will make it more congested and dangerous to evacuated in case of an emergency situation or a fire.

Nine years ago, the Waldo Canyon fire burned through that neighborhood.

"They want to know what are our routes out, what are best areas, notify us where the problem is, what’s the best way to go so we don’t have a repeat of the evacuation we had in Mountain Shadows. Somehow as time goes by people forget that two people died in that fire and there wasn’t a need for them to die," said Smith.

Back in June, Colorado Springs City Council put the plan on pause, directing city staff to evaluate their traffic study and address those safety concerns about evacuation.

"As far as we know there is no safety plan at all, and for the traffic study they went down to such a small area at the 2424 property," said John Mclain, a Mountain Shadows resident.

Richard Skorman, the city council president, says the council is looking into those concerns more.

"Certainly understand. In fact, today I think there’s going to be a presentation about some new efforts we're going to make in that direction. We’ve done a lot in the past, but we want to make sure we’re doing the best we can in all these situations," said Skorman.

This isn't the first time neighbors in Mountain Shadows have complained about the new complex. In October 2020, neighbors said they were worried about traffic, schools, crime rate, and the natural habitat of the area. At that time, wildfire mitigation wasn't mentioned as a top concern.

The proposal will go to vote at Tuesday's city council meeting. 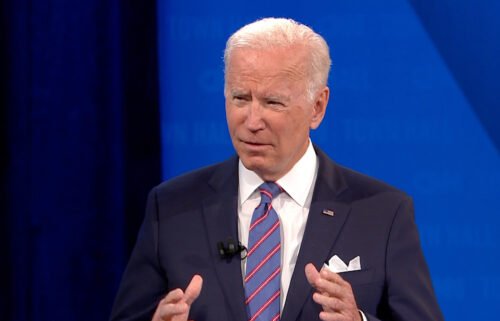