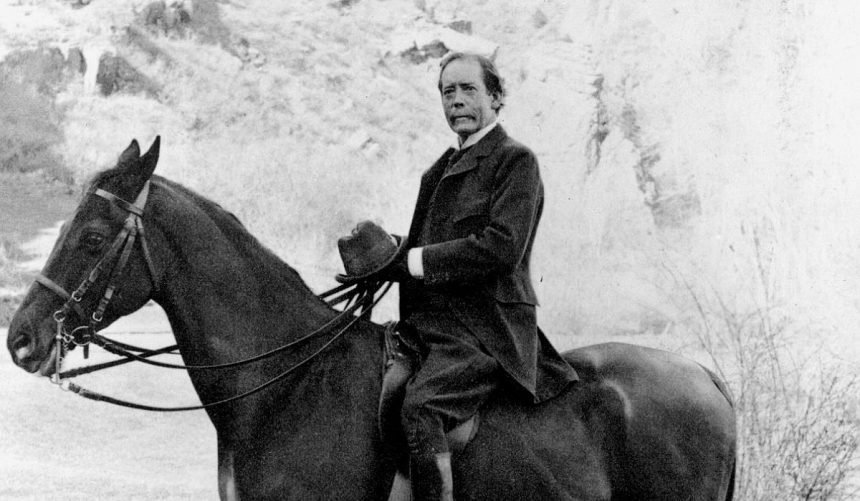 COLORADO SPRINGS, Colo. (KRDO) -- The history of Colorado Springs started July 31, 1871, at the corner of Cascade and Pikes Peak Avenue, but 150 years ago, it looked nothing like it does today. Of course, there were no buildings -- but also, no trees, not even water. It looked grim; so bad, in fact, some would flee the area just seconds after arriving.

"We know from early accounts that some people arrived on the train, looked around at the bleak landscape and said, 'This can't be Colorado Springs,' and they got back on the train and they went back up to Denver or back east," said Leah Davis-Witherow, curator of the Pioneers Museum in Colorado Springs.

Fortunately, General William Jackson Palmer had a clear vision. With his engineering background, he's the man responsible for creating Colorado Springs and ensuring that it developed into the beautiful city we love today.

General Palmer was originally from Philadelphia. He came to southern Colorado in 1869 after fighting for the Union in the Civil War, bringing with him several soldiers he fought alongside. Palmer quickly changed the landscape, developing the Colorado Springs Company, engineering the El Paso Canal to bring in water from Fountain Creek, planting trees, all while selling bonds to build up the city.

"He believes that with a lot of hard work and a lot of vision, he will make Colorado Springs into the city that will be desirable for millions of people to later move to," said Davis-Witherow.

"He had to convince people that Colorado Springs had a future. He had to sell his vision for the town and for the railroad," she said.

Thankfully, General Palmer sold Colorado Springs well, while also buying into the idea that people need parks and access to the outdoors. It’s because of General Palmer we’ve had a thriving outdoor-centric city for 150 years.

Sesquicentennial Minute is a summer series produced by KRDO's Josh Helmuth leading up to Colorado Springs' 150th birthday on July 31, 2021.