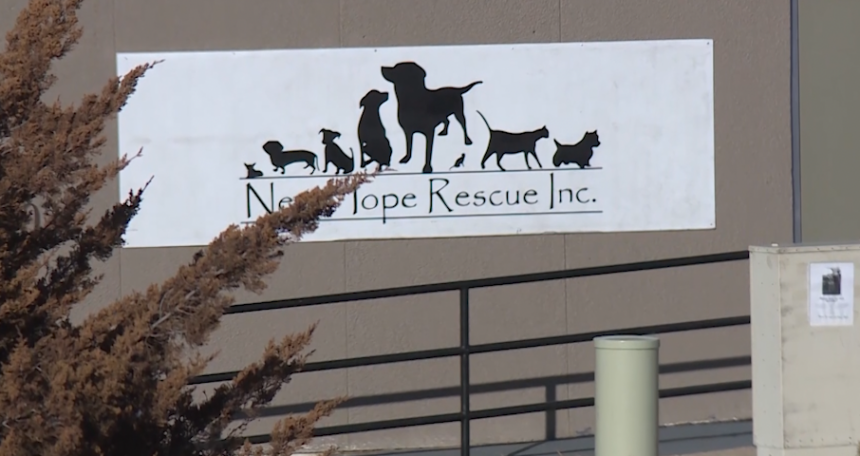 COLORADO SPRINGS, Colo. (KRDO) -- The State of Colorado is now involved with the investigation into a Colorado Springs animal rescue.

The Department of Agriculture confirmed it is investigating New Hope Rescue through the Pet Animal Care Facilities Act (PACFA) after complaints of neglect and cruelty. PACFA is the program that issued New Hope Rescue Director Joann Roof's license to operate an animal rescue.

Animal Law Enforcement says it is also actively investigating New Hope Rescue after Roof was charged with animal cruelty in August 2020. Roof currently has access to dozens of animals she is trying to adopt out at the rescue.

"At least three different animals that were neglected and did not receive appropriate care for their health and well being," HSPPR Director of Animal Law Enforcement Jamie Norris said.

Roof was originally charged with three felony counts of animal cruelty after law enforcement said she failed to get three dogs proper medical care. Court records show two of the puppies related to the charges died days after their adoption.

Roff was charged with the felonies because it was her second offense. On Wednesday, those charges were consolidated to one misdemeanor because she met the terms of her deferred sentence from previous 2014 charges.

"The animals that are in her care are being transferred there by other organizations that are in desperate need of somewhere. They're just overrun with animals," Animal Law Enforcement Director Jamie Norris said. "She's taking these animals under the provision that they're going to be well cared for and rescued out. And I don't think that all of the other organizations are really aware of what's going on."

13 Investigates has learned at least one of the New Mexico animal shelters that brings animals to New Hope Rescue is well aware of the charges.

Valencia County Animal Shelter in New Mexico said it temporarily suspended transporting animals to New Hope over the summer. After further investigation into the charges against Roof, the shelter director said he feels comfortable bringing animals to the rescue.

In fact, Valencia County Animal Shelter had a staff member at New Hope within the last week and the staff member believes the conditions are up to protocol.

Animal Law Enforcement in the Pikes Peak Region said if Roof is convicted, they hope she won't be able to continue operating.

"We always hope that everybody that's in this industry doing rescue work is in it for the reasons to protect animals and their health hand well being. So it's very upsetting when you come across a situation to where you feel that perhaps a specific organization is not treating animals with the care that they need," Norris said.

13 Investigates reached out to three board members for New Hope Rescue for comment Friday. They did not respond to our request.

13 Investigates asked the Colorado Department of Agriculture if the current allegations against Roof will possibly result in her losing her license.

Through the Pet Animal Care Facilities Act (PACFA) program, the Colorado Department of Agriculture is currently investigating complaints regarding New Hope Rescue, but cannot comment on open investigations. Allegations of animal neglect and cruelty are a top priority of PACFA

If you have any information about New Hope Rescue, Animal Law Enforcement is asking you to contact them at 719-302-8798.

We were able to investigate this story after a viewer contacted us. If you have a tip you'd like our team to investigate, email us at 13Investigates@krdo.com