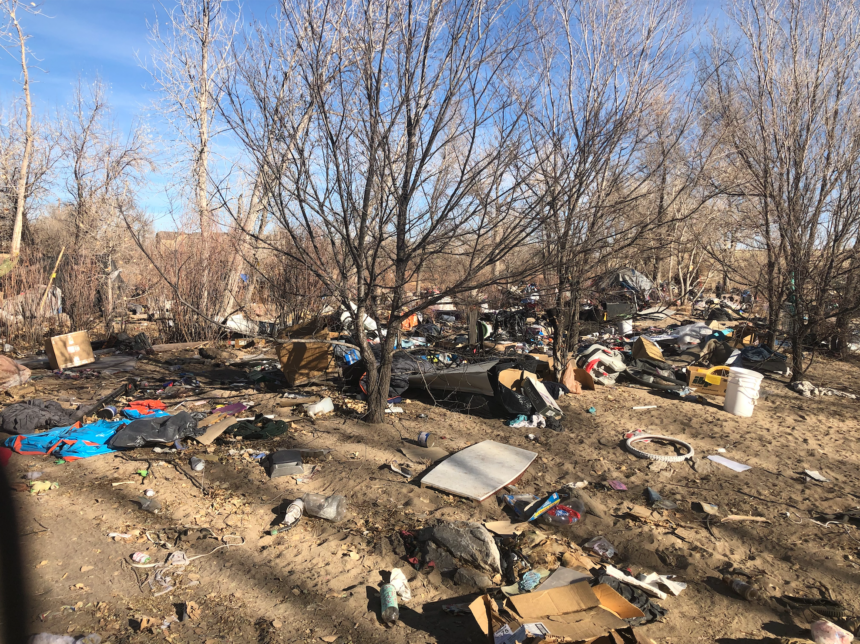 The area near Sand Creek has become a camp for the homeless. Parts of it are along private property, while the other part is on city property.

Tuesday, the HOT team arrived bright and early to disperse those living there asking them to leave and gather their belongings.

Signs have been posted on trees in the area for weeks, warning people police would come by December 8 to clean up the site.

Sgt. Olav Chaney supervises six police officers on the HOT team and said some people experiencing homelessness were issued citations, but a judge will decide fines.

He said the team tries to move people into shelters when camps are cleaned up, especially because there are hundreds of beds that sit empty each night.

When cleanups such as this one take place, Chaney said they also visit camps they cleaned up int he past to make sure people aren't just moving from area to area. But he said it's a difficult cycle to break.