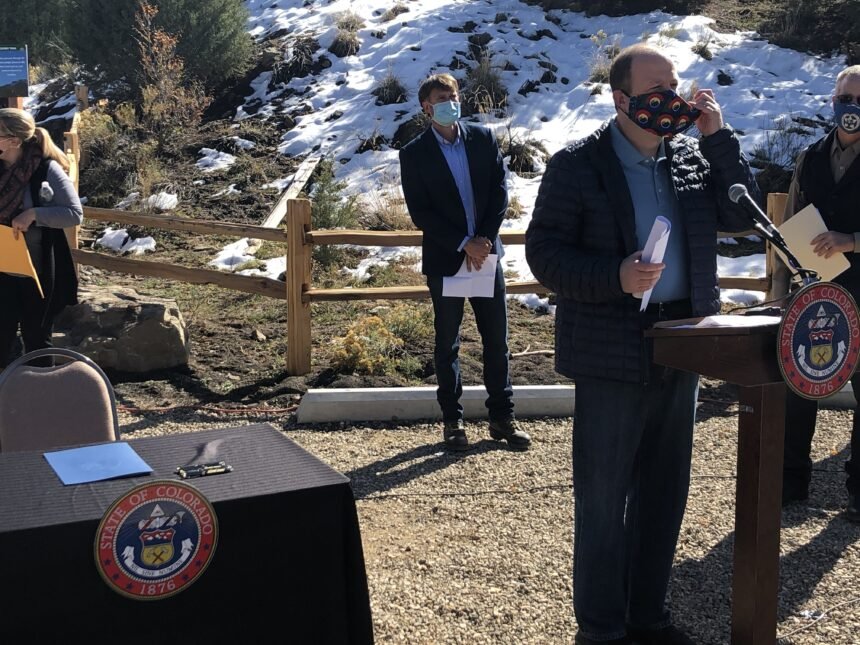 After months of waiting, Fishers Peak State Park near Trinidad is open to the public in a limited capacity.

Only one square acre of the property is open to the public this weekend, however, when construction is complete, 30 square acres will be open to hikers and outdoors enthusiasts. Polis says Fishers Peak will be the second-largest state park throughout Colorado.

“You have the majestic backdrop of Fishers Peak, which has been frustrating for Trinidad residents for decades 'cause they could see it but couldn’t access it because it was private property,” Polis said. “[Fishers Peak] is a big point of pride and now we can access the peak above Trinidad and so can visitors across the country and world.”

“It’s about time this happened,” said Trinidad Mayor Phillip Rico. “It should’ve happened many years ago.”

“There was a study done by CU last year [that estimated] $2 million to $11 million into our local economy, and that was being conservative,” said Rico.

According to Polis, the timing couldn’t be more perfect. The governor says the demand for outdoor activities has never been higher since the pandemic began.

“Which is good that people want to get outside and enjoy the vast great outdoors,” said Polis. “It’s easier to be further away from one another. We have had record numbers of folks at our parks.”