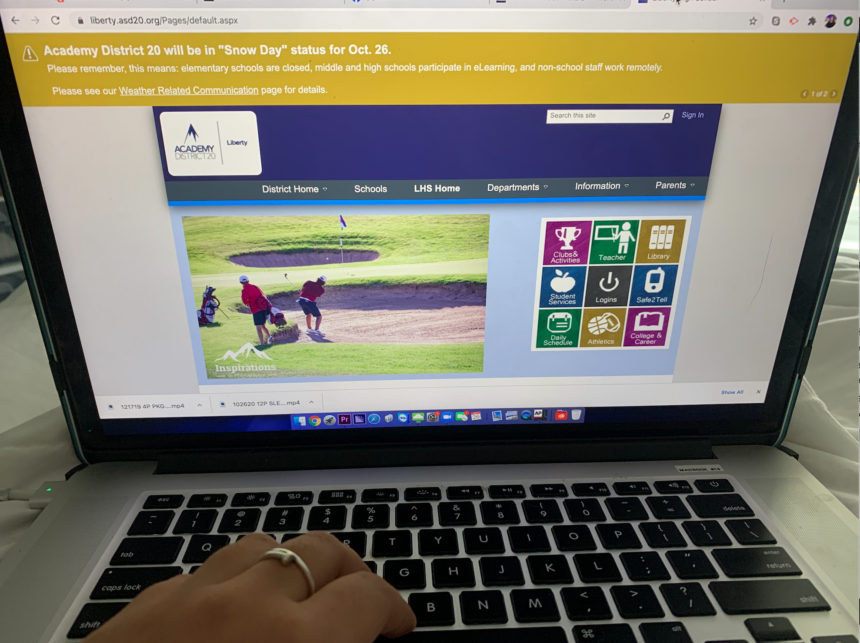 COLORADO SPRINGS, Colo. (KRDO) -- Just about every school in Southern Colorado is closed Monday due to snow, but students aren't getting off the hook that easily. Instead, students are learning from home.

School districts have been developing their e-learning programs since COVID-19 hit the area last March, and now the weather won't stop many of them from continuing that learning method, even on snow days.

"Today we had a snow day, which was we start two hours later than what our normal start time is and then we have our classes," said Kayla Williams, a sophomore at Liberty High School at Academy District 20.

Although she would prefer having the day off, she says it all comes with its perks.

"Starting later is nice because I get to sleep in. I feel like this is the new normal and we aren't going to go back to how we used to be," she said.

Prior to the pandemic, Academy District 20 decided to close schools based on accumulation, temperatures, safety, and a few other factors. Staff would take to the roads early in the morning to decide between a two-hour delay, or closing completely.

It's always been a tough decision, hard on parents too.

"We gotta drive two hours later into the school and the snow while taking it easy with traffic," said Mari Baker, a mother to one student.

E-learning has now solved many of those problems.

"It sucks I don't get the day off, but it's whatever. I still get to stay home and be comfortable," said Alberto Nicholas, a junior in High School.

Academy District 20, along with other districts in the county, has done its best to ensure students have the necessary technology and internet access to participate in remote learning.