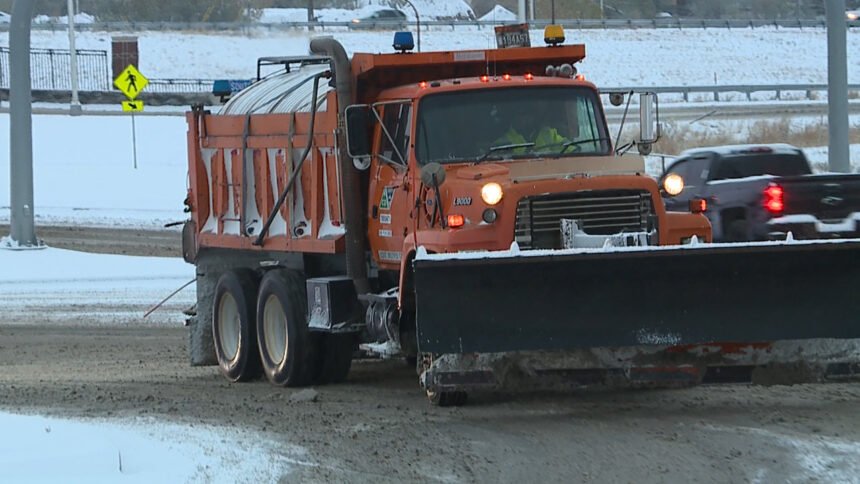 COLORADO SPRINGS, Colo. (KRDO) -- Officials with the Colorado Department of Transportation say they have their entire fleet of snowplows clearing the roadways after snow pelted the region for hours between Sunday and Monday.

About 100 pieces of snow-fighting equipment are in fourteen southeastern counties in Colorado. Each has a specific route they will maintain throughout the day.

You can see those snow plows' routes here and plan your trip accordingly if you want an advantage on the roads.

But despite snow plow efforts, CDOT officials say the roads are still dangerous, especially for those who aren't accustomed to driving in these conditions.

CDOT officials are asking those people to stay home today.

With many companies used to working remotely amid the pandemic, they’re hoping it’s an easy decision for people to make.

Roadways are snow-packed and slick across the Pikes Peak Region, with many drivers making the critical mistake of not leaving enough time to brake at intersections.

CDOT says you should be leaving at least three to four car lengths between yourself and the vehicle in front of you.

They also urge drivers not to hit the roads if their tires are bald.

“If you don’t have adequate traction on your tires, don’t go out," says Michelle Peulen, Communication Manager with the Colorado Department of Transportation. "If one car slips off the road because of their tires, that creates kind of a cascade event.”

With dozens of plows on the roads today, drivers also need to "bow to the plow."

CDOT officials say snow plows push snow and debris to the right side of the road, so pulling up along the right side is dangerous. Drivers should always leave plenty of space between themselves and plows, and always drive along the plow's left side.

Though most drivers have their front windows cleared, the back windows of some cars remained snow-packed. CDOT urges drivers to remember to remove all ice and snow from the car before driving. That helps you avoid obscuring your view of the road and it prevents the snow from flying into someone else's view.

Conditions on major roadways improved significantly by the end of the day Monday. Though frigid temperatures pose a risk for slick streets once again Tuesday morning.