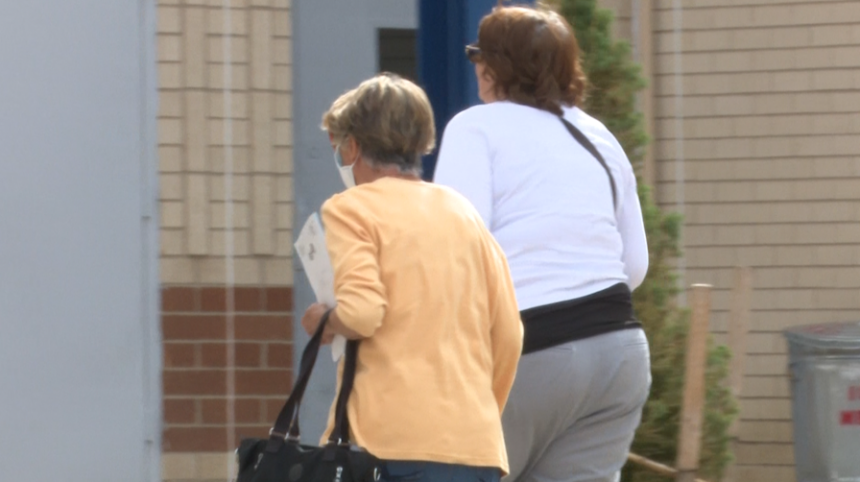 Many who cast in-person ballots in Colorado Springs said they are skeptical about mail-in voting, despite a push from state and local officials to vote by mail because of the COVID-19 pandemic.

El Paso County election officials say no polling places saw large lines on Monday like other areas of the country are experiencing.

Some voters told KRDO they want to ensure their vote is counted, and they believe that will happen if they vote in person.

"We want to be sure that we vote in person so that they are sure to count," John Newcomer said.

However, state and county election officials continue to tout Colorado's model mail-in voting system and want voters to know they should be confident in the process.

One voter told us she has had too many issues with the US Postal Service over the summer to trust them with her ballot. USPS had experienced service delays over the summer due to changes made by Postmaster General Louis DeJoy.

"I just sent one of my friends a package in the mail back in July and she never received it," Colleen Finnigan said. "The safest way is to go in and vote and get your voice heard."

The Colorado of Secretary of State's office said 641,271 mail-in ballots have been returned as of Monday afternoon.

"I actually prefer the mail-in because I can do it at home; my husband and I went over the amendments, and this and that," Sharon Hallam said.

Some voters told us they've voted by mail for years but wanted to drop their ballots off-in person for the 2020 election.

"I vote that way every election usually, I just drop it off at one of the boxes. I wanted to come into the site today," Tom Trujillo said.

Seven polling sites are open from now until election day. A total of 35 polling locations will be open on November 2 and November 3.