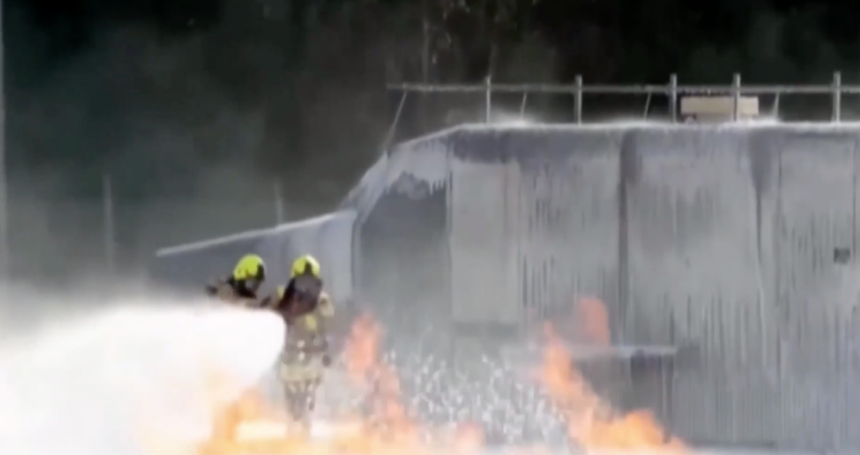 Environmental groups across the country have expressed their concern for a lack of urgency in finalizing a solution to clean up the PFAS chemicals, which have been linked to cancer and other health issues.

The family is now forced to choose between drinking the contaminated water, giving up their water rights, or signing a home filtration system contract that would allow the Air Force to take the system as long as officials provide the family a 30-day notice.

Congressman Doug Lamborn of Colorado's 5th District was present for part of the hearing and asked questions surrounding how a state creating drinking water standards for the PFAS chemicals could impact chemical clean up.

There are currently no federal enforceable drinking water standards for PFAS chemicals. The Environmental Protection Agency has set a drinking water health advisory of 70 parts per trillion for PFOS and PFOA chemicals.

Several families with private wells near Peterson AFB have chemical levels above the EPA's advisory.

The Environmental Working Group, a non-profit organization that focuses on protecting human health and the environment criticized the DOD for not addressing the chemical issues sooner following Tuesday's hearing.

“The Defense Department has failed to treat PFAS pollution with the urgency service members and their families rightly deserve,” said EWG’s Senior Vice President for Government Affairs Scott Faber. “We’ve all known for decades that PFAS are toxic, but the Defense Department is still trying to understand the scope of the problem.”

Defense Department officials have understood the risks of aqueous film-forming foam concentrates (AFFF) since the early 1970s, when Navy and Air Force studies first showed the firefighting foam was toxic to fish. In the early 1980s, the Air Force conducted its own animal studies on AFFF, and the risks were clear since the early 2000s, when the maker of PFOS, the main ingredient in AFFF, exited the market. In 2001, a Defense Department memo concluded that the main ingredient in AFFF was “persistent, bioaccumulating and toxic.”

“The Pentagon waited a decade to warn service members and has been slow to switch to PFAS-free alternatives to AFFF or clean up legacy PFAS pollution,” Faber said. “What’s more, some military officials have argued for cleanup and screening levels that are less protective of our service members and their families than those proposed by EPA.”

We'll breakdown the key points of the hearing and how it could impact Security-Widefield residents tonight on KRDO NewsChannel 13 at 6.