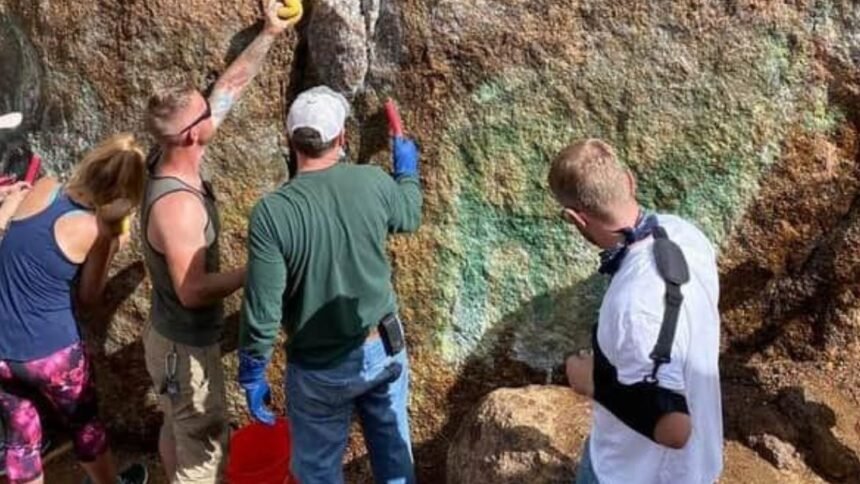 COLORADO SPRINGS, Colo. (KRDO) -- A small effort to clean up graffiti and litter in Colorado Springs started with Stephen Singer, but his mission has grown into a 1,500-person passion project aimed at restoring the state's natural beauty.

“So Father’s Day I took my Dad up to Mt. Herman Road and we were passing by Balance Rock," Founder Stephen Singer said. "I grew up here in Colorado and we used to drive up by Balance Rock all the time and never saw any tags on it. And on Father’s Day we drove by and, boom, there were a bunch of tags.”

Singer realized if he was going to make the most of his cleanup project, he'd need some help.

He created the Facebook group Keeping Colorado Beautiful in early July. He never imagined men like Matthew Montgomery and Jay Briggs would lend their expertise in entrepreneurship and photography to help get the word out.

Now, close to 1,500 Facebook users coordinate cleanup efforts around the state through the Facebook group. Singer uses an environmentally friendly graffiti cleaner to remove paint from rock formations. He paid for it himself originally. Overwhelming support from fundraisers has helped reduce his out-of-pocket cost. Singer says he's working on a partnership with the company to get it at a lower cost.

The organization's founders hope Keeping Colorado Beautiful will one day become a nonprofit. The website will soon have an option for people to donate money to help pay for the graffiti remover.

Everyone is invited to join the group and lend a hand to cleanup efforts. Keeping Colorado Beautiful plans to utilize professional rock climbers to get graffiti out of tough-to-reach places soon.