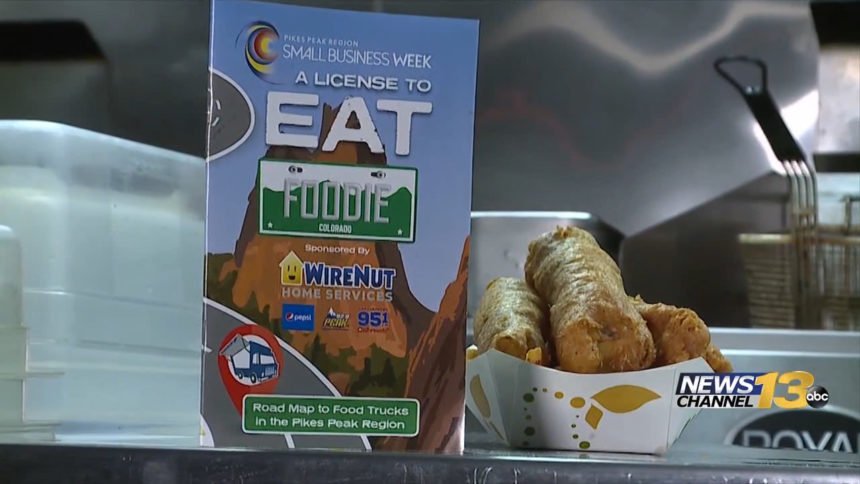 Thousands of people have attended the Food Truck Cook-Off in past years, but like many events, it had to be canceled amid concerns of COVID-19 exposure, but a new event is taking its place.

In its place is the “License to Eat” event, which also aims to highlight small businesses for Small Business Week in the Pikes Peak region -- specifically, local food trucks.

The owner of the Go Fish food truck, Christina Voreadis, says they need the support now, more than ever.

“Small business owners are usually the ones working in their business,” says Voreadis. “Just think about that before going in to big corporate places.”

After some of their most lucrative events were cancelled or limited, like the Air Force Academy graduation, Voreadis says they’ve had to pivot their business model.

“Many of us have stayed busy going into neighborhoods that have replaced our bigger events, we’re still serving at breweries and supporting them,” Voreadis said.

Like all other businesses, they’ve also had to take extra safety precautions in order to stay open.

“We make sure our hands are being washed, make sure we’re being clean,” says Kevin Hills, chef and co-owner of the Go Fish food truck. “We follow all that mandates we need to.”

Though the current circumstances aren’t ideal, one thing has been working in favor of food trucks.

“We’re definitely designed for that grab-and-go,” says Voreadis. “It’s a safe option, you don’t even have to open a door, everything is outside.”