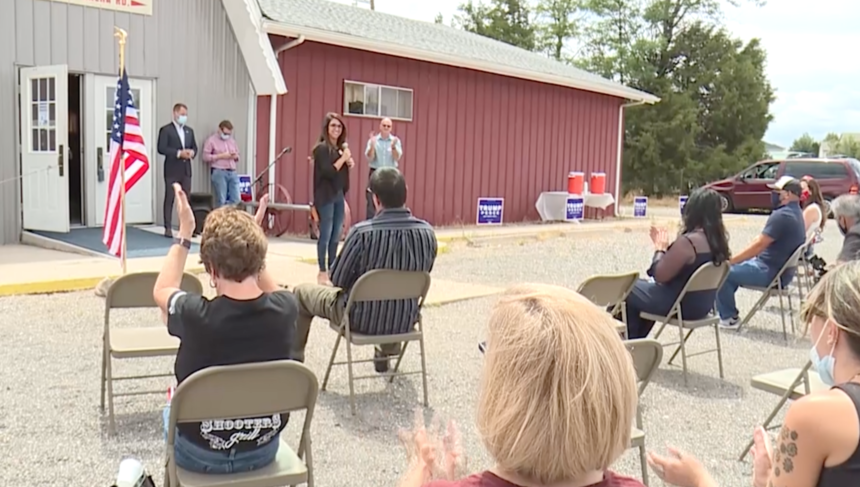 Boebert made quite a name for herself during the primary when she beat five-term incumbent Congressman Scott Tipton. Boebert will now face Democratic candidate Diane Mitsch Bush in November.

Boebert said Pueblo is the most energetic county in Colorado's 3rd Congressional District and said she believes they should send her to represent them in Washington.

Boebert told KRDO she believes she can win the vote in Pueblo despite the fact it historically votes Democratic.

“It’s very encouraging that Pueblo County did vote for President Trump in 2016," Boebert said. "It was the first time in decades that Republican President had won Pueblo. I believe that he is going to win Pueblo even bigger this time. Even the democrats here in Pueblo are blue-collar, hardworking, second amendment, pro-life people. So, it’s not your typical democrat that you would see in Denver or Boulder.

I will always listen to the people and bring their interests to the forefront of all of my decision making. But we will do everything we can to make sure their rights are secure and that they are represented effectively."

"Lauren Boebert has aligned herself with extremist, white supremacist groups like the Proud Boys, and she seems to be more interested in national, hot button issues than the issues that matter to Coloradans, Mitsch Bush said. "In Congress, Diane will work to represent everyone from every part of this district, not just the people who agree with her, and she will work across the aisle."

Editor's note: KRDO cannot independently verify the link between Bobert and the Proud Boys. When we reached out to Bobert's Communications Director, Laura Carno, for comment, she responded with this statement:

"We will not respond to such a disgusting allegation."