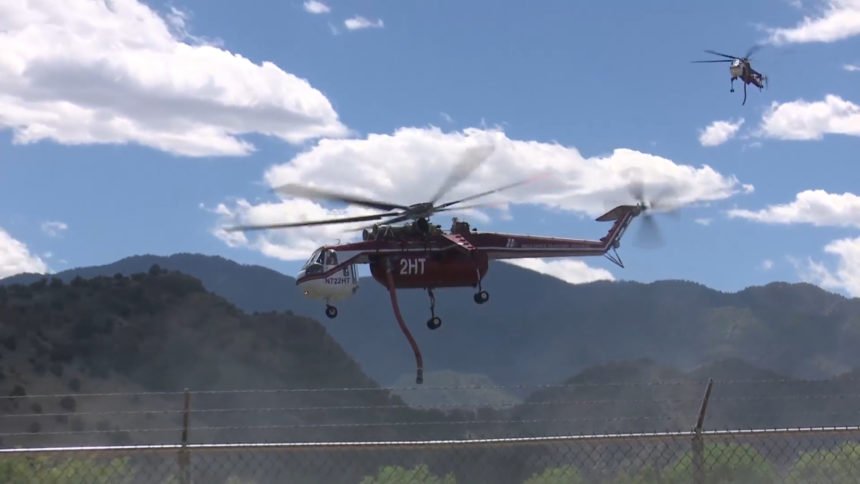 CANON CITY, Colo. (KRDO) -- More aircrafts than usual are battling the YMCA Fire burning near Canon City. It's a new and more aggressive strategy Colorado Firefighters are taking because of COVID-19.

Colorado Division of Fire Prevention and Control spokesperson Caley Fisher says this new strategy was just implemented this year in an effort to avoid mass evacuations and encampments during the coronavirus pandemic.

"The goal is to suppress wildfires quickly to forestall the need to those large evacuation shelters and the sprawling base camps for firefighters at a time when the risk of contracting the virus remains pretty high," Fisher said.

In the past, fire crews would manage wildfires for resource benefits, but Fisher says with this pandemic, it's too risky for crews.

"We're trying to do a lot of work to make sure we catch those fires early on," Fisher said. "That's why you are seeing a lot more resources, that includes helicopters [and] large air tankers."

As for the cost of this aggressive approach, Fisher says depending on the contract it can actually be less expensive than using previous fire strategies. The faster the fire is extinguished the less money is spent on supplies for firefighters.

The YMCA Fire was estimated to be 293 acres as of Thursday evening. Authorities say the fire's perimeter is about 30% contained, with helicopters making bucket drops of water throughout the day to spots that were inaccessible by ground crews.