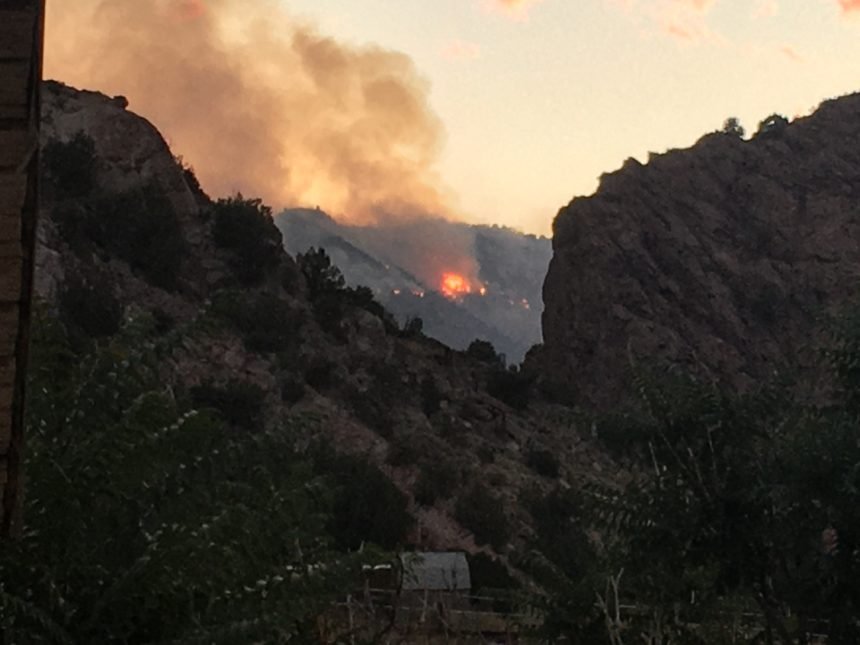 WATCH an update below:

The Rocky Mountain Area Coordination Center reported the fire Wednesday afternoon. The fire is now called the "YMCA Fire" and was estimated to be about 268 acres as of Thursday morning, but the area is in a Red Flag warning so it's likely the fire will grow quickly.

Fire officials said Thursday that the precise acreage hasn't been mapped yet, but the fire was still 0% contained.

The cause of the fire was determined to be lightning.

One road to the Royal Gorge, County Road 3, has been closed, according to Fremont County Sheriff Allen Cooper. The bridge and park are still accessible.

The fire remains on Bureau of Land Management lands and no structures are threatened at this time. The BLM says multiple agencies are on scene with both air and ground resources. Those include two Single Engine Air Tankers (SEATs), two Large Air Tankers (LATs) and helicopters assisting ground crews.

Additional resources have been ordered, including a Hotshot crew and a Type 2 Initial Attack hand crew. Authorities say you should not call 911 to report smoke from the YMCA Fire.

Evacuations haven't been ordered as of publication time.

Crews are asking people to avoid the area of Tunnel Drive. Tunnel Drive is being closed as it is in close proximity to the helicopter operations as they dip water from the city water treatment pond.