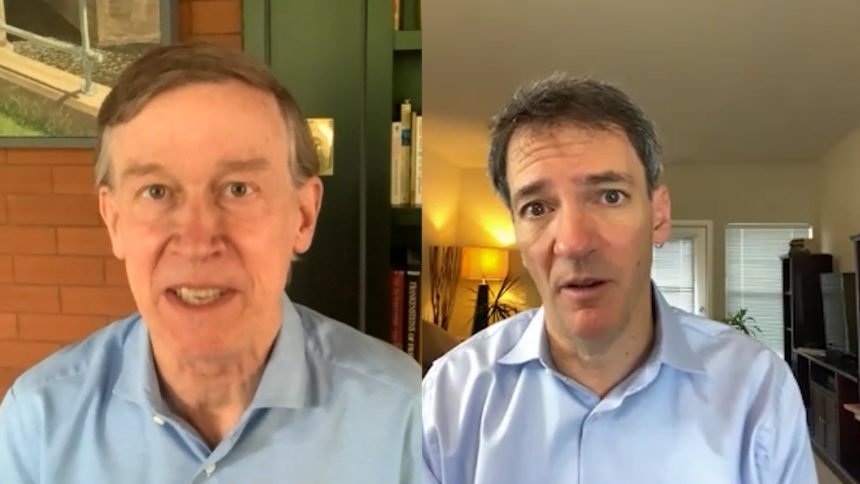 COLORADO SPRINGS, Colo. (KRDO) -- With the Colorado Primary set for the end of the month, KRDO spoke to former Colorado Governor John Hickenlooper and former State House Speaker Andrew Romanoff about their plans for Colorado and why they believe they can unseat incumbent Republican Cory Gardner.

When asked what the candidates want to focus on if elected, both talked about similar issues. Romanoff said his campaign is, "a bold progressive agenda to combat the climate crisis and ensure healthcare for all.” Hickenlooper says his focus is to, “Turn around to fix the economy, everybody gets [universal healthcare] coverage, to begin addressing all the rollbacks in our clean air and clean water protections.”

Of course, another priority for Hickenlooper and Romanoff is dealing with COVID-19. Both say more needed to be done in the beginning.

“COVID-19 shows us what happens, how vulnerable we are if we don’t have preparation in place if we don’t believe in government,” Hickenlooper said.

Both candidates support the signing of the bill, saying it's a step in the right direction but that more that can be done.

"There is always going to be a responsibility to enforce the law," Romanoff said. "I'm not for abandoning the agencies themselves, but rather to invest in prevention and treatment."

Hickenlooper says, "I think we have to change the culture of our police force and make sure that they recognize they can be held accountable and I think that's what this bill takes a step toward."

While the primary is in June, the Democratic candidates are also focused on their Republican opponent Senator Cory Gardner, who both are looking to unseat in November.

Hickenlooper says he believes he is the only one who can win that race.

“I am the person that Cory Gardner and the Republicans worry about the most,” Hickenlooper said.

He added that Romanoff hasn't won a state election in 14 years, referencing Romanoff losing against current Colorado U.S. Senator Michael Bennet in 2010 and against U.S. Representative Mike Coffman in 2014.

However, Romanoff says he should be the one to go against Gardner because he has less "fuel" the GOP can use against him.

Romanoff is referring to Hickenlooper being fined by a Colorado Ethics panel for violating state law on gifts. Also, comments Hickenlooper made in 2014 that many deemed racially insensitive.

“When you break the law, defy a subpoena, get held in contempt, you make this job a lot harder and you make Cory Gardner’s job a lot easier,” Romanoff said.

We did ask Hickenlooper to address these controversies and how it could impact his electability.

“They're going to attack me with everything with the kitchen sink," Hickenlooper said. "I don’t think it’s going to stick, I really don’t. We are going to rise above that and people are going to come out and support me.”

Ballots for the primary must be turned in before 7:00 pm in Colorado on June 30th.